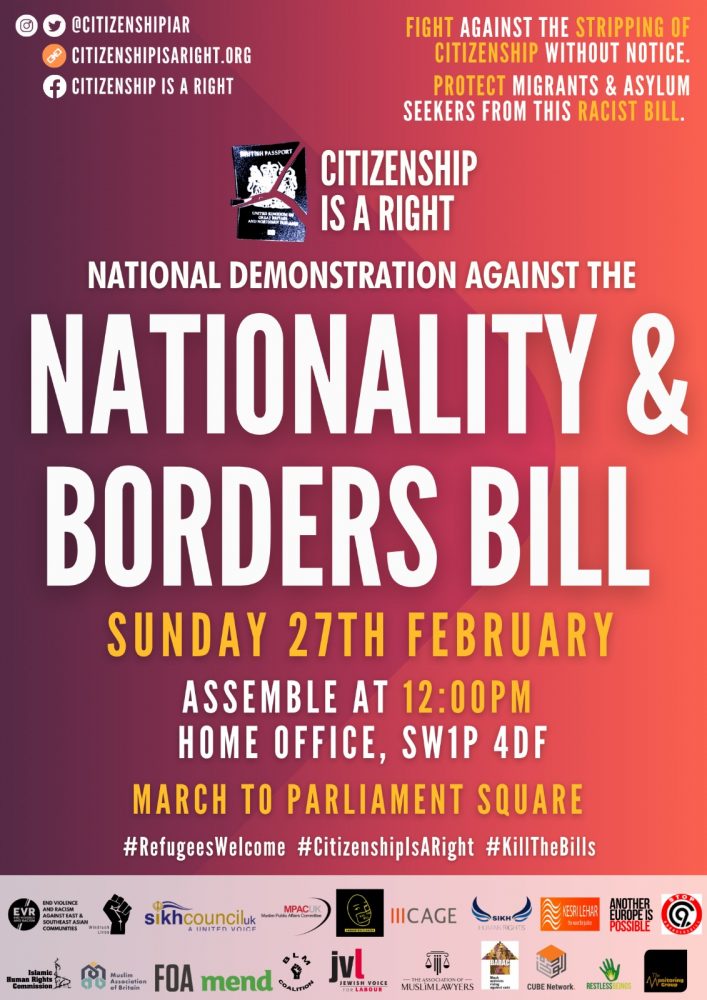 IHRC will join campaigners opposed to the controversial Nationality and Borders Bill taking part in a national demonstration against the proposed legislation this weekend.

The much criticised Bill which is currently winding through Parliament gives the Home Secretary the right to to strip Britons with foreign ancestry of their nationality without notice.

The Citizenship Bill, as it has been dubbed, furnishes the Secretary of State with an excessive, ill-defined and unconstitutional power to make a deprivation order without notice and with fewer safeguards for those it targets. There is no test or clear definition for exercise of the proposed powers. The Home Secretary is judge, jury and executioner.

It is estimated that six million people could be affected if the law comes into force. It stands to have a disproportionate impact on those born overseas or who have a parent born abroad. As such it is racist.

The demonstration is supported by the following civil society organisations: