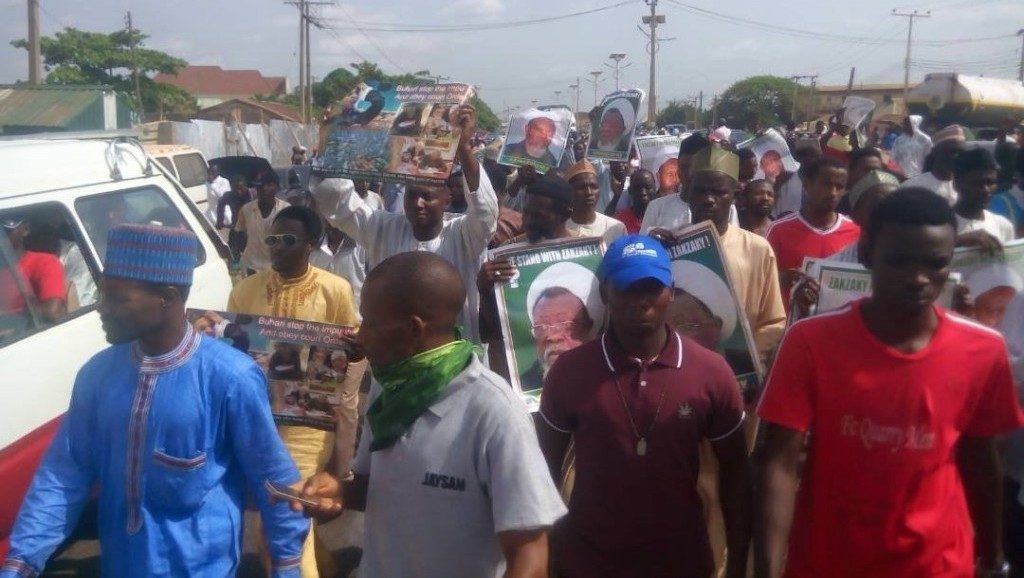 A United Nations report has criticised a leaked directive from the chief of police in Nigeria which has sparked fears that the authorities are preparing to use the impending anniversary of Ashura to escalate a bloody crackdown against the country’s Islamic Movement.

The directive from the Inspector General of Police and dated 31 August 2019 instructs police to dismantle the structures and leadership of the organisation and contain its activities.

The leaked directive coincides with a UN report released yesterday exposing the systematic persecution of the Islamic Movement and condemning the Nigerian government for rising violence and “lack of accountability” of the perpetrators.

Launching the report in Abuja, the UN special rapporteur on extra-judicial killings Agnes Callamard likened the situation facing the country to a “pressure cooker”. Callamard blasted the failure of the authorities to abide by the rule of law and said the directive “sets a dangerous precedent for the exercise of the right of freedom of religion and belief, and respect of fundamental liberties and the right to life”.

Coming just days ahead of the annual commemoration of Ashura and barely a fortnight after over a dozen supporters of the Islamic Movement of Nigeria were killed during a protest in the capital Abuja, the directive seems to give a green light to further state abuses against the Islamic Movement.

In July the federal government proscribed the Islamic Movement as a terrorist organisation but protests against the decision and the ongoing incarceration of the movement’s leader and his wife have continued around the country.

Sheikh Ibrahim el-Zakzaky and his wife Zeenah have been detained since the Islamic Movement was subjected to a brutal attack by government forces in 2015 resulting in the deaths of over 1000 supporters, including three sons of the couple. The attack marked the beginning of an official campaign to crush the movement which claims a mass following in Nigeria and has been highly critical of government policies especially vis a vis the United States and Israel.

Since then Nigerian authorities have regularly targeted the peaceful marches and religious gatherings that take place on Ashura and its fortieth day anniversary known as Arba’een, often attacking protestors with live ammunition. Authorities have also been accused of hiring armed thugs to attack the gatherings.

The UN special rapporteur condemned the excessive use of lethal force during these processions and said the banning of the Islamic Movement appeared to be based on a fear of its potential rather than any proven security risk.

IHRC Chair Massoud Shadjareh said: “We hope that this timely report by the UN special rapporteur will halt the dangerous escalation ordered by this directive and prevent further injustices and abuses from being carried out in the upcoming religious commemorations.”