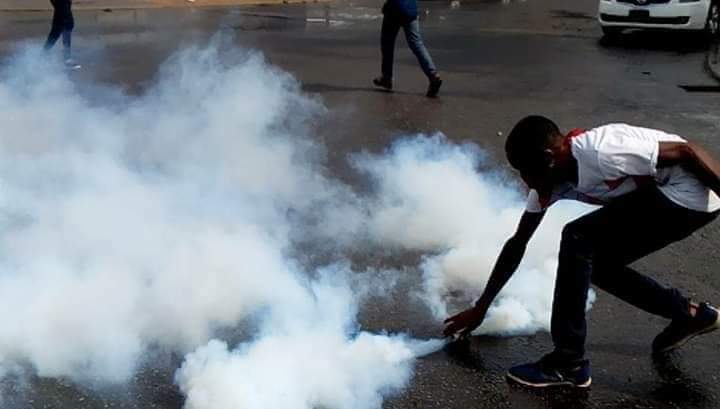 Police in the Nigerian capital Abuja have fired on protestors demanding the release of imprisoned leader of the Islamic Movement, Sheikh Ibrahim Zakzaky, and his wife Zeenah Zakzaky.

Tear gas and ammunition rained down on the peaceful protest demanding the pair’s unconditional release in line with a standing federal court order from 2016 which has never been implemented.

There is no word yet of any casualties.

In July 2019 the federal government listed the Islamic Movement as a terrorist organisation in an ongoing bloody crackdown against the organisation that has seen thousands of its supporters killed in the last three years.

However protests against the decision and the ongoing incarceration of the movement’s leader, Sheikh Ibrahim el-Zakzaky and his wife have continued around the country.

Sheikh Ibrahim Zakzaky and his wife Zeenah have been under arrest since the Islamic Movement was subjected to a brutal attack by government forces in 2015 resulting in the deaths of over 1000 supporters, including three sons of the couple.

The attack marked the beginning of an official campaign to crush the movement which claims a mass following in Nigeria and has been highly critical of government policies especially vis a vis the United States and Israel.

Since then Nigerian authorities have regularly targeted peaceful marches and religious gatherings organised by the movement.