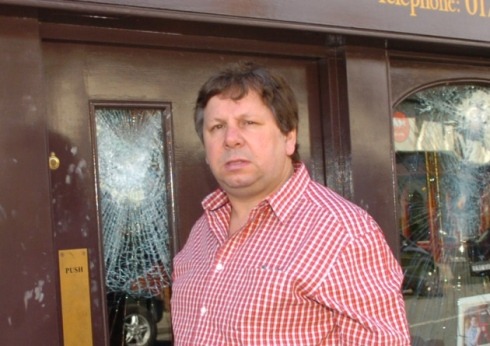 The Islamic Human Rights Commission finds repulsive and disturbing comments made by a London councillor that a merger with a neighbouring borough is doomed to failure because the ethnic make-up of the two workforces is too different.

Ahead of the proposed merger, which is designed to cut costs, Cllr Jeffrey Tucker of Havering Council said that his staff would find it “awkward and uncomfortable” to work alongside the predominantly non-white Newham Council staff. Newham Council is 87% non-white while Havering is just 13%.

“We’ve got 95 per cent white English workers in Havering Council and Newham Council is 95 per cent not white English,” he said. “It would be like putting two football teams together – an African team and an English team – and saying: ‘Get on and work together’.”

IHRC believes that Cllr Tucker’s comments, unacceptable as they are, reflect a political climate that is increasingly tolerant of ethnic and religious bigotry.

This can be seen in the rise of far right groups like the English Defence League and UKIP campaigning on Islamophobic and xenophobic platforms, wave upon wave government legislation to stem immigration, and unremitting political attacks against Muslims and their cultures.

The fact that politicians can even consider making such statements without fear of censure is a sign that that society has become acclimatised to xenophobic discourse, something that is always a precursor to actual discrimination.

“It is a matter of great concern that xenophobia is rearing its ugly head so comfortably,” said IHRC chair Massoud Shadjareh. “What is plain to see now is that its re-emergence is inextricably linked to Islamophobia. By demonising Islam and Muslim communities, xenophobes have created a climate in which there is little tolerance for difference and diversity and in which discrimination is normalised.”