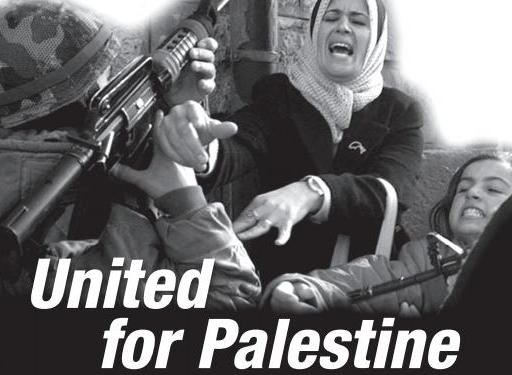 Al-Quds Day, the annual commemmoration of the dispossession and oppression of the Palestinian people, will be observed in the UK on 25 July this year.

The event will be marked by a march that will snake through the streets of central London before ending at the US embassy where speakers will address the demonstrators.

The choice of the US embassy as a rallying point is not coincidental – the US continues to underwrite the Zionist regime and block all attempts at finding a just solution to the Palestinian issue.

This year’s commemmoration will take place against the backdrop of a continuing crackdown on Palestinians in the West Bank after the disappearance of three settlers from the city of Hebron. The settlers form part of a militant core of several hundred colonisers who have occupied a suburb of the city and use it to terrorise the local Palestinian population.

Al-Quds Day dates back to 1979 when the late Imam Khomeini declared the last Friday in the Islamic holy month of Ramadan be set aside by Muslims to unite in solidarity against Israel and in support of the Palestinians. He saw the occupation of Palestine as a symbol of wider oppression stating: “Quds Day is a universal day. It is not an exclusive day for Quds itself. It is a day for the oppressed to rise and stand up against the arrogant.”

Since then it has mushroomed into a worldwide event. Every year the commemmoration attracts people of all faiths in cities worldwide wishing to express their opposition to Israel and other oppressors.

Last year’s London gathering saw several thousand people converging on the US embassy where they heard former Palestinian detainees and prominent activists denounce the Israeli regime and recommend ways to challenge it.