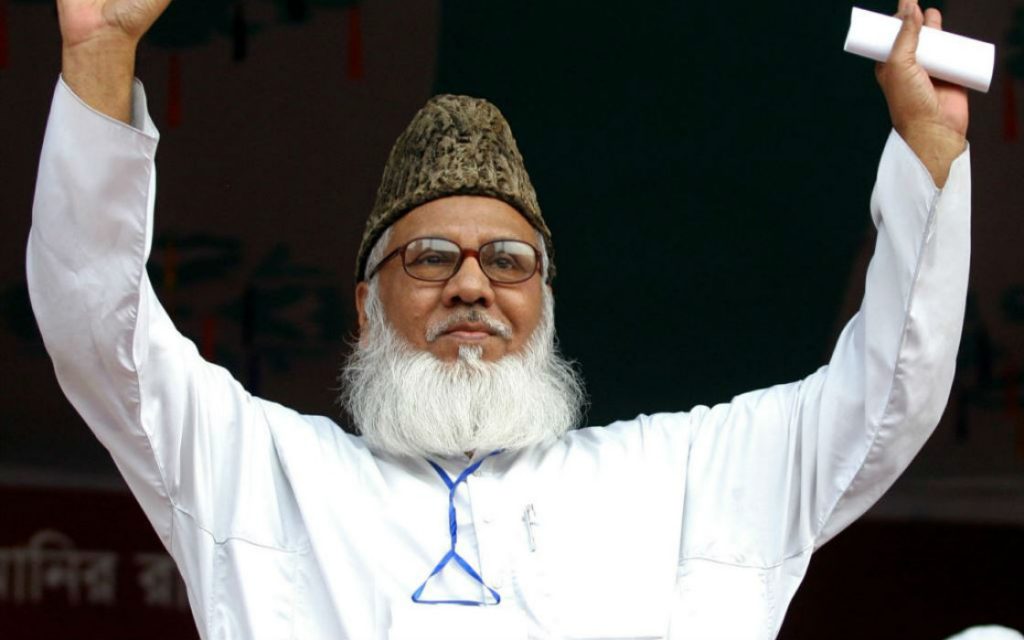 Motiur Rahman Nizami, leader of the Jamaat-e-Islami, was sentenced to death by the controversial International Crimes Tribunal (ICT) in October 2014 after being convicted of murder, rape and the mass killing of intellectuals during Bangladesh’s War of Independence in 1971.

Mr Nizami, who served as a highly respected member of parliament between 1991-1996, had denied the charges saying that they were politically motivated.

Evidence corroborating Mr Nizami’s assertion that he was not present at the location of some of the crimes of which he is accused was discounted by the judges. During his trial prosecution witnesses gave widely differing accounts of Mr Nizami’s whereabouts and some even categorically recall Mr Nizami not being present at the site of the atrocities.

There is also evidence to show that prosecution witnesses were pressurised by the government and tutored by the prosecution and compelled to be a witness against the Appellant. Mr Nizami’s counsels have also been subject to harassment and intimidation by officials.

The ICT has been beset with allegations of irregularities. Mr Nizami and his supporters have accused judges and the prosecution of conspiring with each other to secure a conviction through secret liaisons, and failing to allow the defence enough time to prepare its case. They have also accused the Awami League of systematically undermining the independence of the country’s judiciary since it came to power in 2008, packing the upper courts with judges who are its supporters.

In November 2015 Jamaat-e-Islaami Secretary General Ali Ahsan Mohammad Mujahid was hanged along with BNP leader Salauddin Quader Chowdhury for war crimes. Their execution followed that of the Jamaat-e-Islami’s Muhammad Kamaruzzaman who was executed on 11 April 2015. Another former leader of the popular Jamaat-e-Islami party, Abdul Kader Mullah was hanged in December 2013 after also being found guilty of war crimes.