PRESS RELEASE: Belgium – Statement on the sectarian arson attack on a mosque in Brussels 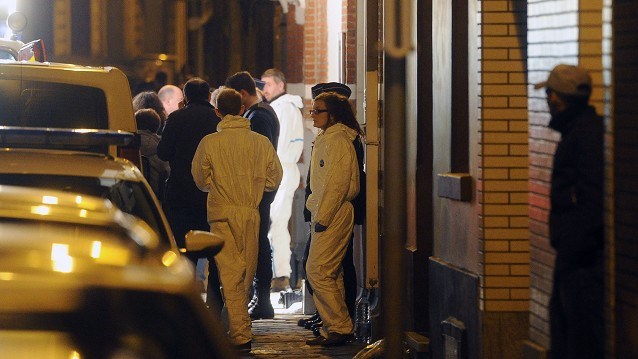 An attacker, armed with a knife and an axe, entered the Rida mosque in Brussels and proceeded to douse the mosque in flammable liquid before setting it on fire.

As a result of the attack, the Imam of the mosque, Abdallah Dadou, a father of four, was killed from smoke inhalation while trying to put out the flames.

This attack sets a very dangerous precedent as it sets the standard for this kind of violent sectarian acts taking place between Muslim communities in Europe.

In response to the attack, UJN and Charter 3:103 have released the following statement:

“Human Rights Organisations, Civil Society Groups, Non-Governmental Organizations, and particularly Islamic Associations and Communities should take notice of a dangerous turn-of-events that is in motion currently. A new and ominous development — rising out of political agendas and strategies — is beginning to take its toll on innocent individuals and unsuspecting societies. This creeping development spells disaster for the Muslims if it is permitted to go on unchecked and unchallenged. What we are referring to here is violent and bloody sectarianism. The Muslims have not been without this undercurrent in their societies. But it has been limited to individuals here and there, and to geographical flare ups from time to time. This time around, though, the indicators are that this sectarianism is being coached and financed by some governments and interests that seek to turn Muslims in a massive and evil way against their own selves.

“This cannot be allowed to happen. The Muslim public has in it enough common sense to preclude an internal civil strife that can rip the fabric of Islamic societies apart. Islamic togetherness is quickly becoming an issue of necessity, and in some cases an issue of survival. Muslims, of whatever school of thought, are in their millions victims of imperialist and Zionist military occupations and warfare. In the larger picture of things, we Muslims cannot permit hatred of the other Muslim to turn into a crescendo of Sunni-Shi’i antagonism and bloodletting that will by any measure only serve to strengthen the common enemy’s hand.

“The Universal Justice Network (UJN), Charter 3:103 and other non-sectarian civic and legal bodies should pool their resources and plan for a program that will draw together Muslims of good faith and Muslims of good who will corner this outbreak of sectarianism and expose its sponsors and executors. Bigotry is the oxygen of sectarianism and ignorance is its fuel. If a well-informed assembly of Islamic scholars, activists, and members of the Islamic Movement is convened for a few days it may well come out with a declaration of principles that recognizes the legitimate differences among Muslims while emphasizing their unity of purpose and cohesion of parallels.

“Sectarianism has to be nipped in the bud before its consequences become uncontrollable and catastrophic. “

If enemies are capable of identifying sectarians, Muslims of inspiration and insight should be able to identify the antidote and the curative to those sectarians.

Now is the time for action. Tomorrow may be too late.

Charter 3:103 was established in 1997 as a platform for Muslims to speak out against sectarianism, nationalism, racism and other divisive ideologies and movements.