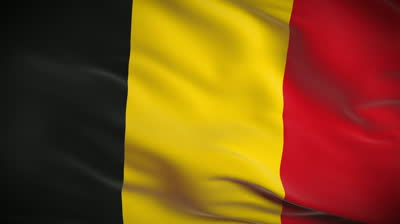 The continuing breach by Belgium of its obligations under international human rights conventions vis a vis its treatment of Muslims forms the basis of IHRC’s latest submission to the United Nations.

The submission focuses on the state attack on the niqab which is the subject of a 2011 criminal law banning people from wearing it in public places and the prohibition in most of Belgium of the headscarf by employees in public office and pupils in schools.

IHRC believes the bans represent a flagrant violation of the right to freedom of expression and religion and are discriminatory since they mainly affect the Muslim community. Instead of reflecting a positive expression of shared ideals, social policy in relation to Muslims in Belgium is increasingly being driven by xenophobic sentiment with legislation being framed in opposition to Islam.

This institutionalised discrimination has provided the green light for officials to adopt more extreme positions and subject more Muslims to discrimination. Last May, in a case which made international headlines, 30 Muslim students were sent home from the l’Institut De Mot-Couvreur in Brussels because their skirts were deemed to be too long.

The tone set by Belgium’s politicians has trickled down to the private sphere where cases of discrimination are disturbingly numerous. In 2012, 83% of all complaints about religious discrimination made to the CEOOR (Centre for Equal Opportunity and Opposition to Racism), an independent but publicly funded agency responsible for litigating discrimination cases, concerned Muslims. Muslims comprise approximately 6-7% of Belgium’s total population of around 11 million making them the country’s biggest religious group after Christians.

IHRC calls on the UN to apply pressure on Belgium to revoke the Islamic dress bans and overhaul its anti-discrimination policies which are based on racialised prejudices rather than equality.

The statement was IHRC’s contribution to the Universal Periodic Review, a periodic review of the human rights records of all 193 UN Member States. It provides an opportunity for all states to declare what actions they have taken to improve the human rights situations in their countries and to overcome challenges to the enjoyment of human rights. In addition to the report of the nation under scrutiny, the review is also based on Information provided by NGO’s and human rights organisations.

The submission can be read in full at https://ihrc.org.uk/activities/ihrc-at-un/11469-belgium-submission-to-upr-concerning-treatment-of-muslims-by-the-government-of-belgium-