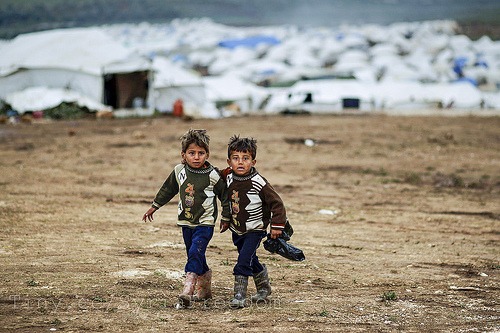 The decision by the British government to accept just several hundred refugees displaced by the conflict in Syria is a shirking of its responsibilities towards the suffering Syrian people.

The Deputy PM Nick Clegg announced yesterday that Britain would not take part in a UN quota programme for refugees that would see 30,000 resettled in western countries but take in a maximum of 500. In contrast Germany has already taken in 10,000 refugees from the war-ravaged country.

The coalition government believes that any large-scale commitment would jeopardise its policy of reducing net migration to the UK, itself a reflection of the xenophobic, anti-immigrant rhetoric currently dominating political and media discourse.

IHRC believes that instead of pandering to the racist sentiment incited by the likes of UKIP, the coalition government should shoulder a greater share of the international refugee burden.

IHRC chair Massoud Shadjareh said: “The British government bears a greater responsibility than most to Syrian civilians caught up in the conflict because its policies have aggravated the civil war there. Taking in 500 refugees is merely paying lip service to its humanitarian duty to offer a home to the displaced.”