Press Release – Chair of IHRC denied entry to US 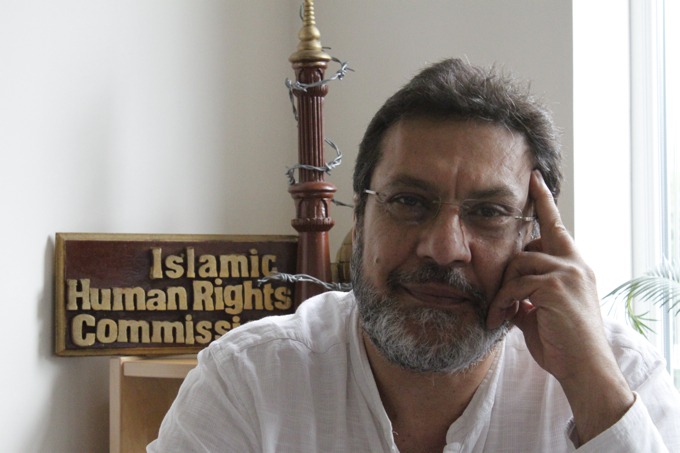 Massoud Shadjareh, the Chair of IHRC was informed, via email, that his authorisation to travel to the US had been revoked. Mr Shadjareh has travelled to the US previously on several occasions without hindrance.

Massoud first started his campaigning life opposing the Vietnam War on campus at UC Berkley during the anti-Vietnam protest movement in the late 1960s. He came to the UK in 1971 and has worked in the voluntary sector for some 25 years. In 1997 he helped to set up the Islamic Human Rights Commission with a group of other Islamic activists working on different international and national projects.

He has authored several papers and reports on Islamophobia and human rights, including, The Oldham Riots, Muslim Profiling, and Islamophobia: The New Crusade and Whose Rights Are They Anyway?

Over the years the Islamic Human Rights Commission has campaigned on a myriad of issues from Islamophobia to opposing wars in the Middle East.

Massoud Shadjareh said, “The US seems to want to ban anyone that disagrees with their policies from visiting the country. It is a badge of honour that I have been banned for my work on human rights.”