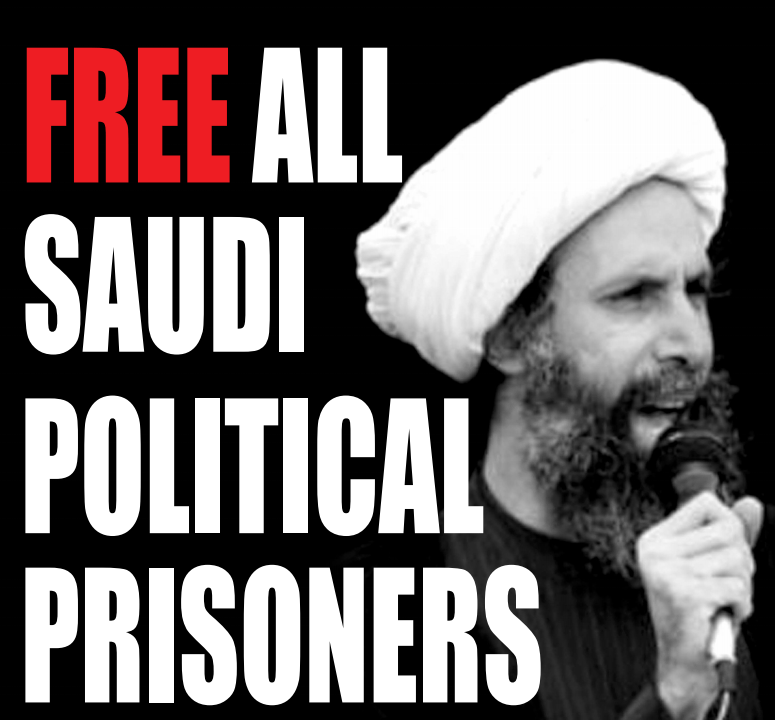 An international day of protest to draw attention to the fate of thousands of political prisoners imprisoned in Saudi Arabia will take place this Friday.

The event is designed to highlight the little publicised persecution faced by those who criticise the ultra-conservative monarchy and its policies.

One of the most prominent cases is that of Sheikh Nimr Al-Nimr, a leading Shia scholar recently sentenced to death on trumped up charges of apostasy and terrorism for his outspoken criticism of the Saudi government and his calls for equality and reform. He has been severely tortured in detention.

Sheikh Al-Nimr was detained in 2012 after a police hunt which culminated in him being shot four times. His arrest came against the backdrop of rising public unrest and dissension in Saudi Arabia as the Arab Spring took hold across the Middle East. Incidentally Riyadh has been the biggest supporter of counter revolutionary forces in the Arab Spring, instrumental in restoring the Egyptian military to power and sending troops to help the Bahrain royal family quell a popular uprising there.

Last month IHRC undertook a letter writing campaign urging the British government and the United Nations to pressure Saudi Arabia to stay the death penalty. Although it is rumoured that King Abdullah may have suspended Sheikh Nimr’s death sentence, IHRC believes that pressure should continue to be applied on the Saudi government to free him and all political prisoners and enact meaningful political reforms in the country.

The international day of protest against Saudi Prisoners will see demonstrations on Friday 19 December in cities across the globe including London, Chicago and Jakarta.

An updated list of protests is available at https://ihrc.org.uk/events/11297-free-all-saudi-political-prisoners-international-day-of-protest-against-saudi-arabia