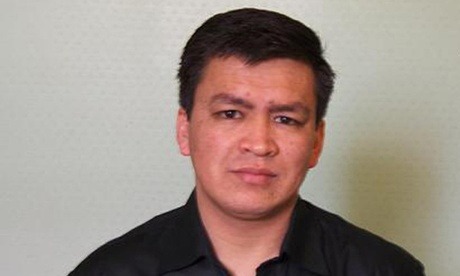 IHRC is urging the British government to review its decision to deport a Pakistani minority rights campaigner back to his home country where he faces the possibility of kidnap, torture and even death at the hands of Taliban extremists.

Liaquat Ali Hazara is set to be deported on Tuesday 21 October to Pakistan after the British government rejected his pleas for asylum. Despite persistent death threats from Taliban militants to his person and his family in Pakistan, the UK government has determined it is safe for him to return to the violence-wrought country. The decision is in line with current government policy of deporting foreign nationals from the UK, regardless of the impact on their safety and security.

Liaquat Ali Hazara is a campaigner for a Shia minority group, the Hazaras. More than 500 Hazaras have been killed in his home province of Balochistan since 2008, in bombings and shootings, including an assault on a bus full of pilgrims, when gunmen came back to kill wounded survivors as they were taken to hospital. No travel route, no shopping trip, no school run, no work commute is safe in the region.

“The threatening letters that were sent to my home say very clearly if I don’t stop talking against the extremist groups or if I come back to Pakistan they will behead me,” Hazara told reporters via telephone from the detention centre where he is being held. “I fear they can just “disappear” me from the airport, because they have good contacts with the security people as well, who have been infiltrated by the religious extremists.”

Even if he does survive the journey, it is not clear where he might go if he left his job. There have been sectarian killings across Pakistan, and some of the emailed death threats have been traced to Karachi, a port city several hundred miles away from Quetta, and Hyderabad, another distant town.

Returning Liaquat Ali to Pakistan would be in breach of his basic human rights, including his right to life (if the threats are to be believed, he could be killed on arrival), his right to security, and his right to family life.

The urgency of his situation and the role of the British government in this is of grave concern. We are therefore urging everyone to come out to demonstrate against Liaquat Ali’s deportation. The demonstration will take place at Stansted Airport at 7pm till 10pm on Tuesday 21 October 2014.

THINGS YOU CAN DO TO HELP STOP THIS FLIGHT

• Contact your local MP and ask them to put pressure on the UK Border Agency to cancel the deportation. Find your MP at: www.findyourmp.parliament.uk

• Contact the UKBA directly to demand the deportation be cancelled: Privateoffice.external@homeoffice.gsi.gov.uk, UKBApublicenquiries@UKBA.gsi.gov.uk,

• And, of course, organise demonstrations, actions and other forms of protest to put pressure on the UK and other EU governments to stop mass deportations to Pakistan.

For media enquiries please email media@ihrc.org. For info about the demo please call Raza on 07903 053362