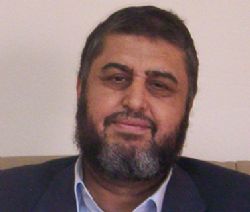 Khairet El-Shater is reported to have suffered a heart attack today in Tura prison.  El-Shater was involved in an argument with guards over the preferential treatment received by former Mubarak cohorts Habib Al-Adli, Ahmed Ezz, Ahmed Zuhair Garana, Al-Maghrebi and other government figures who are detained in the same prison for the crimes they committed during Mubarak’s era.

El-Shater and others were denied access to open spaces, visitation sessions etc on the basis that the former regime’s prisoners were exercising and would decide when they would like to stop.  Other amenities were denied the political prisoners on similar bases relating to privileges granted to Al-Adli et al.

The family of El-Shater expressed their deep concern, and have stated that they hold the Supreme Council for Armed Forces responsible for El-Shater’s condition.  El-Shater’s health was already in a poor state.  He suffers from diabetes for which he has often been denied treatment while in prison.

“It is imperative that the focus on human rights issues not be taken away from Egypt simply because Mubarak has gone.  His erstwhile military backers still hold power and many issues need to be resolved.

“The new regime needs to do more than simply talk about elections.  It must release all political prisoners now, and make serious efforts to find the disappeared men and women who protested during the revolution.  Without starting to address the human rights abuses perpetrated in Egypt the new regime fails to inspire confidence in its willingness to transform the country.”