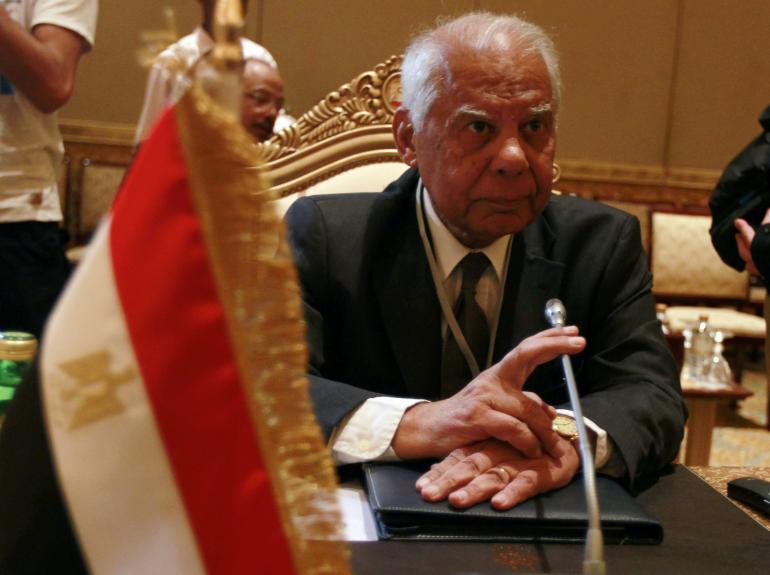 In a move that has yet to be explained the interim government of Prime Minister Hazem el-Beblawy unexpectedly stepped down after a cabinet meeting in which the army chief General Abdel Fattah el-Sisi was also present.

The move comes after last month’s constitutional referendum, drawn up by the interim government, was passed by 98% of voters legitimising military rule. Only 38% of eligible voters turned out to cast their ballots in the referendum which was largely boycotted by opposition groups who were prevented from campaigning freely.

The referendum was widely seen as paving the way for the installation of El-Sisi as president in elections planned in the coming months. Today’s dissolution of the cabinet effectively removes El-Sisi from government freeing him up to declare his candidacy for Egypt’s top political post.

Since ousting the democratically elected government of Mohammed Morsi in July last year, the Egyptian armed forces have clamped down on the reform movement, arresting and prosecuting many activists. They have also restored the media to state control and arrested many journalists who have refused to toe the military line. Public demonstrations are banned, and police have killed scores of people and arrested hundreds in a wave of repression that is worse than the darkest days of the era of former authoritarian president Hosni Mubarak.

IHRC reiterates its position that the international community must stop supporting Egypt’s military rulers and acquiescing in their repression and help the opposition in its attempts to bring about much needed political and human rights reforms. Last month the US administration presented Congress with a request to exempt Egypt from a law requiring it to cut off aid in the event of a military coup. US military aid to Egypt was suspended following the military coup against Morsi’s government.

Last week, the military chief Abdel Fattah el-Sisi won the dubious distinction of being selected by voters from around the world as being the Middle East’s biggest Islamophobe. The poll formed part of the IHRC’s Islamophobia Awards, held last Friday in London, in which public figures from around the world were recognised for their hostility towards Muslims.

IHRC chair Massoud Shadjareh said: “This is another indication that Egypt is sleepwalking into a brutal dictatorship. The international community needs to stand up and show that their support for civil society, empowerment of people and their opposition to dictatorship are not just hollow words.”