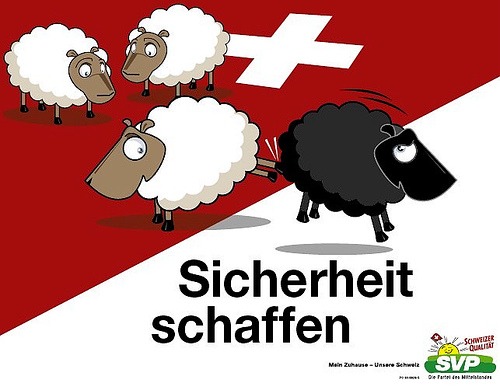 IHRC notes that various European ministers have condemned the vote, Sunday, to ban the construction of minarets in Switzerland.  Even the Swiss government have opposed the ban.  However, IHRC is deeply concerned regarding other political responses to the Swiss referendum on banning minarets.

The Norwegian Fremskrittspartiet (Progress Party) led by Siv Jensen have voiced excitement at the result, with other right-oriented parties e.g. Geert Wilders and the PVV in the Netherlands, Filip Dewinter of the Belgian Vlaams Belang, and Pia Kjærsgaard of the Danish People’s Party, proclaiming their appreciation and calling on their respective governments to allow similar referendums.

Other less powerful nationalistic parties and groups are also trying to capitalise on the legitimisation of anti-Muslim sentiment that the referendum and its result represent e.g. Sverigedemokraterna (Sweden Democrats).  The UK’s British National Party (BNP) had already leant its support to the anti-Muslim campaign in Switzerland, replicating the campaign’s poster for the UK.

IHRC’s main concern however is not with fringe or overtly nationalistic parties, but with mainstream reaction.

French President Nicolas Sarkozy’s party, whilst not supporting the vote have stated that it showed the extent that Europe has been alarmed by radical Islam.  The party’s leader Xavier Bertrand stated he was unsure that minarets were a required element of practising Islam in France.

Likewise, Wolfgang Bosbach an MP from German Chancellor Angela Merkel’s Christian Democrat Union (CDU) stated that the vote reflected a fear of growing Islamisation, “and this fear must be taken seriously,” and that to criticise the ban would be counterproductive.

Meanwhile the British government appears to be silent.

“The holding of the Swiss referendum itself was an anti-Muslim act, which should have been roundly condemned by governmental leaders.  Instead we find that key political voices in Europe are unwilling to condemn even the profoundly disturbing result.

“Europe has been sliding into an increasingly anti-Muslim and racist culture.  The faith based identity of Muslims has meant that they have become easy targets for those who claim prejudice and discrimination against faith groups can be justified.  This begs the questions, which faith group next?

“If minarets are problematic, then eventually so too will be mosques, then maybe synagogues, temples, gurdwaras and dissenting and minority churches too.  We have been down this road before in Europe.  Those who believe in universal values of justice must ask themselves now, what must be done to stop the downward spiral of events?”