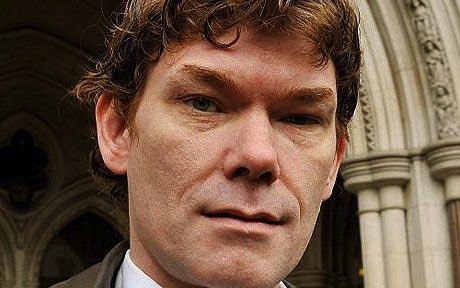 Facebook
Twitter
LinkedIn
WhatsApp
Email
The decision not to extradite computer hacker Gary Mckinnon is welcomed by IHRC but this decision also highlights the hypocrisy and double standards of the government. Three British citizens were extradited to the US earlier this month.
Both Talha Ahsan and Babar Ahmad insisted on their innocence whereas Gary Mckinnon admitted his guilt. Gark Mckinnon has been diagnosed with Asperger’s Syndrome as has Talha Ahsan; Talha’s Asperger’s Syndrome was not taken into account when extraditing him. This decision sends a clear message to the Muslim community that there are two laws in this country; A law for British citizens and a separate law for Muslims.
It is convenient for the Home Secretary, Theresa May, to announce changes to Britain’s extradition arrangements. It will be good public relations to step in to save a ‘British citizen’ but the fact still remains that Theresa May remained silent over the extradition of five Muslims to the US.
British Muslim citizens have just as much rights as any other British citizen. This, however, is not how the government view it. The facts are clear, Muslims are extradited, non-Muslims are not. Muslims face detention without charge, non-Muslims do not. In light of government actions it is clear that Muslims are seen as second class citizens in Britain.
Chair of IHRC, Massoud Shadjareh said, “If you’re Muslim you will get extradited, if you are not, you get to stay. As Muslims we are second class citizens and we will not get the same level of protection from the British state as other citizens. It reeks of duplicity and hypocrisy. The UK operates a simple principle, ‘innocent until proven Muslim’ ”
For media enquiries please email media@ihrc.org or call 020 8904 4222