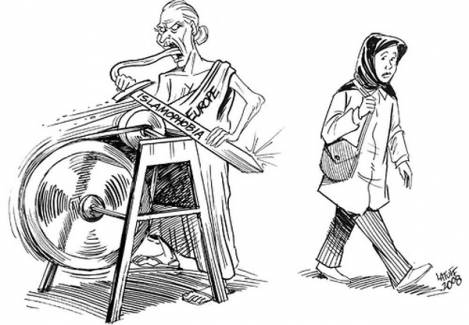 A member of the German Central Bank Committee, formerly Berlin Finance Senator, Thilo Sarrazin has called for a headscarf ban in Germany.

Islamic Human Rights Commission notes that this is the latest example in the severe anti-Muslim sentiment that has affected Europe. The Marwa Sherbini murder in Germany and the case of a medical student, who was severely beaten by a gang of racist thugs outside a German University on November 30 for wearing the headscarf, illustrate the consequences of a climate of hate generated by mainstream politicians and the media.

Calling for the headscarf ban seems to be a way for Europe to assert its hostility to Muslims. The call for the ban and Thilo Sarrazin’s previous statements of hate indicate that the marginalisation and discriminatory practices towards the Muslim community are no more confined to the far right but have become part of mainstream discourse.