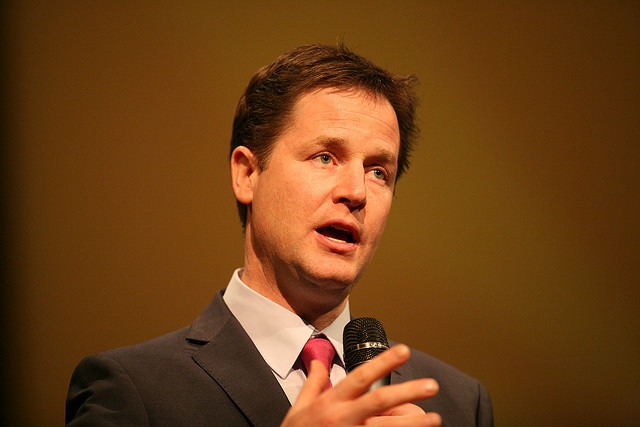 IHRC has called on tNick Clegg to oppose draconian new anti-terror laws being hurriedly prepared by his Tory coalition partners as part of a “new counter-extremism strategy”.

In a letter to the Deputy Prime Minister we urge him to make good his repeated pledges to restrain the excesses of the Tories by resisting the laws which represent the latest wave in an onging assault against Muslims and their way of life.

If enacted they will add to a growing body of highly oppressive laws and policies introduced in recent years that have used the threat of terrorism as a pretext to target Muslims and their values. One of their effects has been to create the popular perception of the Muslim community in the UK as a security risk and potential fifth column.

The letter makes it clear that the proposals are highly discriminatory, potentially counter-productive, and an Islamophobic assault on the legitimate right of Muslims to practice their faith and live according to their religious values. They also stand to erode further the edifice of civil liberties in the UK, already battered by years of authoritarian legislating.

The proposals, we say, “are in fact simply a continuation of a tried and failed strategy of coercing British Muslims into becoming obedient subjects forcibly assimilated into some assumed mainstream British norm….. You should also not need reminding that the impact of such strategies on Muslims has been devastating. They have ‘otherised’ the whole Muslim community and created a public climate of antipathy towards it that encourages and normalises acts of discrimination, abuse and violence.”

The letter reminds Mr Clegg of his promises both recently and upon assuming the reins of government that the Lib-Dems would act as a restraining influence on the authoritarian tendencies of the Conservatives.

“However, over the course of this Parliament the Tory-led government has repeatedly assaulted our democratic freedoms and liberties and waged an unprecedented assault on the Muslim community in a manner not too dissimilar to the treatment of Jews in pre-war Nazi Germany. We hope that you will be faithful to your pledge and immediately take all necessary steps to ensure that these proposals never make it onto the Statute Book…”

The letter can be viewed in full at https://ihrc.org.uk/activities/campaigns/11382-a-letter-to-nick-clegg-regarding-the-governments-proposed-new-plans-to-combat-islamic-extremism