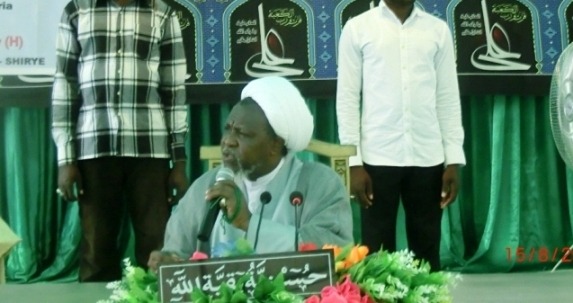 The little reported massacre of dozens of civilians during an annual demonstration will be the focus of a new report to be presented this Thursday at the United Nations in Geneva.

Compiled by a fact-finding team from the IHRC which visited the country last month, ‘Nigeria: The Zaria Massacres and the Role of the Military’ is the first public presentation of the report which documents the facts behind last July’s killings.

On Friday 25 July, a peaceful demonstration in support of the Palestinians was brutally attacked by the Nigerian military. Some 33 people were killed, with some dying in custody after being savagely beaten. At least two more civilians were killed the next day in a similar attack on the funeral preparations.

The presentation will bring together members of the fact-finding team and key eye-witnesses. Among them are Sheikh Ibraheem El-Zakzaky, the leader of the Islamic Movement in Nigeria, who lost three of his sons in the violence, and whose movement is the organiser of the annual demonstrations which take place in towns and cities across the country.

Sheikh El-Zakzaky is a fierce critic of political corruption and political malpractice, and has been imprisoned and attacked for his views over the course of several decades. He is also an outspoken opponent of the Boko Haram movement.

Joining him will be Dr Musa Shuaibu who is a doctor in Zaria who treated many of the victims of the army’s attacks. Both will be participating in the panel live from Zaria via the internet.

Refreshments will be served.