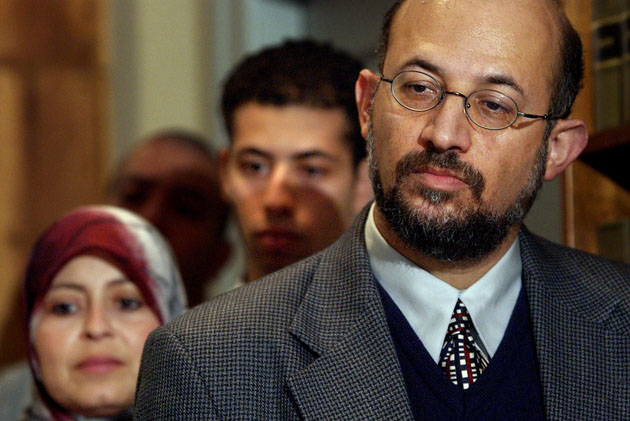 The decision by US prosecutors to dismiss all charges against Sami Al-Arian after a decade-long campaign to convict the former university professor vindicates his claims of innocence and raises serious questions about the American justice system’s treatment of Muslims engaged in activities that oppose US policies in the Middle East.

Dr Al-Arian was indicted under the terms of the controversial Patriot Act drafted in the aftermath of the September 11, 2001 attacks on the United States for being a leader of the Palestinian Islamic Jihad and being complicit in the murder of civilians. After a lengthy trial in which he was acquitted of the most serious charges Al-Arian remained incarcerated for three years awaiting retrial for minor offences during which he was periodically stopped from having contact with his family and obstructed in his attempts to perform his religious obligations.

Faced with the possibility of a retrial and driven by the desire to be reunited with his family, Al-Arian accepted a plea bargain in which he accepted guilt for a minor offence with the promise that prosecutors would not apply the maximum penalty and seek his deportation. However, despite the plea bargain the witch hunt against Al-Arian continued.

Firstly in 2006 a Florida judge imprisoned Al-Arian for the maximum term of 57 months prompting the professor to go on a 62-day hunger strike. Shortly afterwards he was subpoenaed by a Virginia Court to testify in a separate case in violation of a verbal agreement reached with prosecutors during his plea bargain that he would be exempt from future testimony. Dr Al-Arian refused and was indicted for contempt of court. Since then the case has been in limbo with Dr Al-Arian subject to house arrest

The dismissal of the case against Professor Al-Arian marks the end of a grinding ordeal for himself, his family and supporters. From the outset it has been obvious that Al-Arian was the victim of a Zionist-led media campaign to blackball him and the policy think tank he had founded, the World and Islam Studies Enterprise (WISE).

It is abundantly clear that Dr Al-Arian was targeted simply because his work challenged the neo-con and Zionist narrative of the Middle East dominant in the US. His prosecution was a calculated attempt to destroy the think tank in its infancy and deter others from trying to replicate it.

In view of the fact that Dr Al-Arian has been cleared of all outstanding charges and he has served time for offences that US courts could not successfully prosecute, IHRC calls on the US government to also lift its threat of deportation. Dr Al-Arian has lived in the US since 1975 and all his five children are US citizens.

IHRC chair Massoud Shadjareh said: “Dr. Al-Arian’s case is just one of the many travesties of justice created by discriminatory and targeted legislation. We celebrate his release but his individual trauma is replicated many times over across the USA. There needs to be systematic international condmenation of the increasingly two-tiered justice system in the USA.”