Press Release – Islamophobia is still the issue in Dutch Election 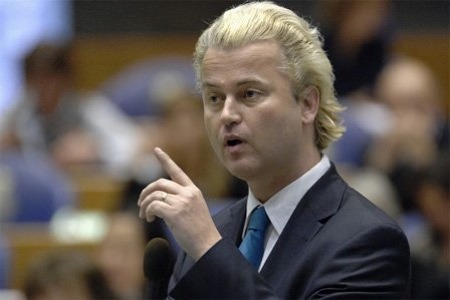 Although the current election has been brought on by the Euro crisis and the withdrawal of support for the government by the right-wing Party of Freedom – for Muslims in the Netherlands Islamophobia is still the issue.

The media has concentrated on the euro crisis, austerity measures and the internal relationship between the political parties but has failed to address the politics of hate that dominate the Netherlands.

Over the years we have seen the leader of the so-called Party of Freedom, Geert Wilders, espouse xenophobia and abhorrent racism not only in his own country but across Europe.  It is no surprise then, that when Geert Wilders came to the UK to show his Islamophobic film at a special screening at the House of Lords, the fascist EDL staged a demonstration in support of the racist Dutch MP.

IHRC calls on the media, politicians and civil society leaders to not be distracted by the talk of austerity and the euro crisis but to pay due attention to the racist politics that have infected the mainstream of Dutch politics.  The loyalty of two Dutch Muslim MPs was questioned by Geert Wilders party and was then followed up by a motion of no confidence submitted by the racist MP.

There have also been attempts to ban Muslim and Kosher slaughter; a move that does not just affect Muslim minorities in the country.  The racism and xenophobia has targeted non-Muslim minorities as well.  The website launched by the Party of Freedom to report on Central and Eastern Europeans taking jobs was not only disgraceful but incited hatred.    There should be no room for this kind of racism in any rung of society.

Chair of IHRC, Massoud Shadjareh said, “The failure of European politicians to find real solutions to the economic crisis has led to them playing the politics of race and Islamophobia to cover up their incompetence.”