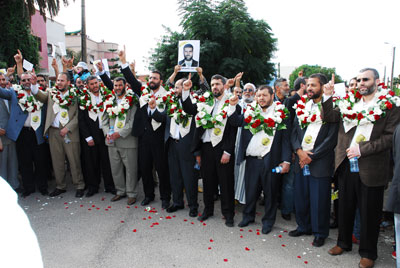 The men were released last Sunday after completion of their sentence.

The men were young students when arrested and imprisoned in 1991 accused of murdering another student. The trial contained numerous inconsistencies, and at one point two of the students were cleared of all charges, however, in a later hearing they were all found guilty and sentenced to 20 years. Considering the inconsistencies, it is believed that theirs was a political case rather than criminal, since the students were affiliated with the JSM (Justice and Spirituality Movement, Al adl wa al Ihsan).

It has been reported that the ex prisoners were prevented from addressing the public. This disturbing development is reminiscent of apartheid South Africa and oppressive house arrest policies.

IHRC will be monitoring their progress in the hope that they will be valued as any other law abiding Moroccan citizen.

“We welcome the release of the 12 Moroccan students. We call on the Moroccan authorities to respect their freedom of movement and expression and to allow them to get on with their lives.”