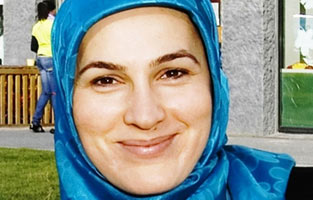 The Islamic Human Rights Commission (IHRC) is deeply disturbed by news of another possible hate-motivated murder against a Muslim woman in Europe.

If, as is being discussed, the killing of Arzu Erbaş Çakmakçı in Amsterdam on Monday is found to be a hate crime, this will be the second killing of a Muslim woman in hijab in the last two months.  IHRC, as with many civil society organisations, has been condemning the rise in anti-Muslim hatred and pointing to concerns over lack of policy initiatives and even recognition by European governments of the phenomenon.

“If this was a hate motivated attack, we must all take serious stock of the situation that faces us in Europe. The killing of Merwe ElSherbini last month in Germany should have been a wake up call to political leaders and local, national and regional government in Europe. Muslims have been bearing the brunt of an ever increasing rise in hate crime against many communities, yet instead of condemnation from political elites, we hear either denial or the promotion of further anti-Muslim hatred. In recent weeks we have had another furore over Muslim women’s dress.

“The link between hostile words from politicians and pundits and the rise in attacks cannot be ignored.

“Our thoughts and prayers are with Mrs Çakmakçı’s family, and the families of all victims of hate crime, whoever they are.”

According to Turkish media, Arzu Erbaş Çakmakçı was a 30 year old mother of Turkish heritage who owned three day care centres.  She was a fluent Dutch speaker who had won various awards, including recognition from the Dutch Royal family for her charity work.

She was stabbed in the car park of the Moeders Schoot childcare centre in Geuzenveld, after she locked up at the end of work on Monday.  According to a cousin, she had been receiving threats[1].

IHRC calls on the European Union to take strong action to ensure that its member governments tackle the rising demonisation of Muslims and the rise in hate attacks.