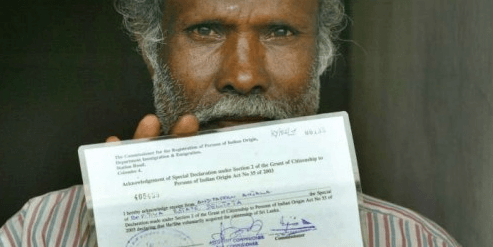 A new report published today by IHRC into the growing use of denaturalisation as a political weapon against dissidents calls for the practice to be banned under international law.

Providing a disturbing overview of how executives in four countries – UK, Bahrain, Kuwait and UAE – have increasingly stripped citizens of their nationality the report recommends that the 1961 UN Convention on the Reduction of Statelessness be tightened up so that deprivation of citizenship is made illegal under the Treaty, and that no derogations from this duty be allowed.

In the UK the Conservative-Lib Dem coalition government has made extensive and unprecedented use of denaturalisation to punish citizens whose presence in the UK it deems undesirable. Since assuming office in 2010 the government has revoked the citizenship of no less than 48 people.

In the vast majority of cases, the deprivation orders have been issued against British citizens whilst they were overseas making it practically impossible for them to comply with the legal requirements to appeal against the decision. The figure seems set to increase as the government moots introducing yet more powers to seize passports of people they believe are travelling to fight in the conflict in Syria.

The report also highlights the penchant of the repressive Gulf monarchies to denaturalise citizens for opposing the established political order, even by legal means. Cases of denaturalisation have multiplied as fears set in about the spread of the Arab Spring to the Arabian peninsula and the ruling regimes scramble to stave off any potential uprisings. In some cases, the stripping of citizenship has taken place in direct violation of domestic law and in many cases has rendered the victims stateless.

In November 2012 at the height of pro-reform protests, the Bahraini government ordered that 35 of its citizens, all of them prominent opposition figures, be stripped of their Bahraini nationality on national security grounds. According to most reports, only six of them held another nationality, rendering all of the remainder stateless.

IHRC believes that depriving a person of citizenship is one of the worst punishments a state can impose on individuals. A person without citizenship is stateless. As such he can enjoy none of the protections or rights usually afforded to citizens such as take up employment, claim welfare or benefits or access education.

This report is part of the Campaign for Democratisation and Empowerment in Bahrain, Bangladesh, Egypt and Saudi Arabia project.

The 22-page report can be downloaded online at https://ihrc.org.uk/publications/reports/11230-stripping-of-nationality-as-a-weapon-of-political-suppression-the-cases-of-bahrain-united-kingdom-united-arab-emirates-and-kuwait