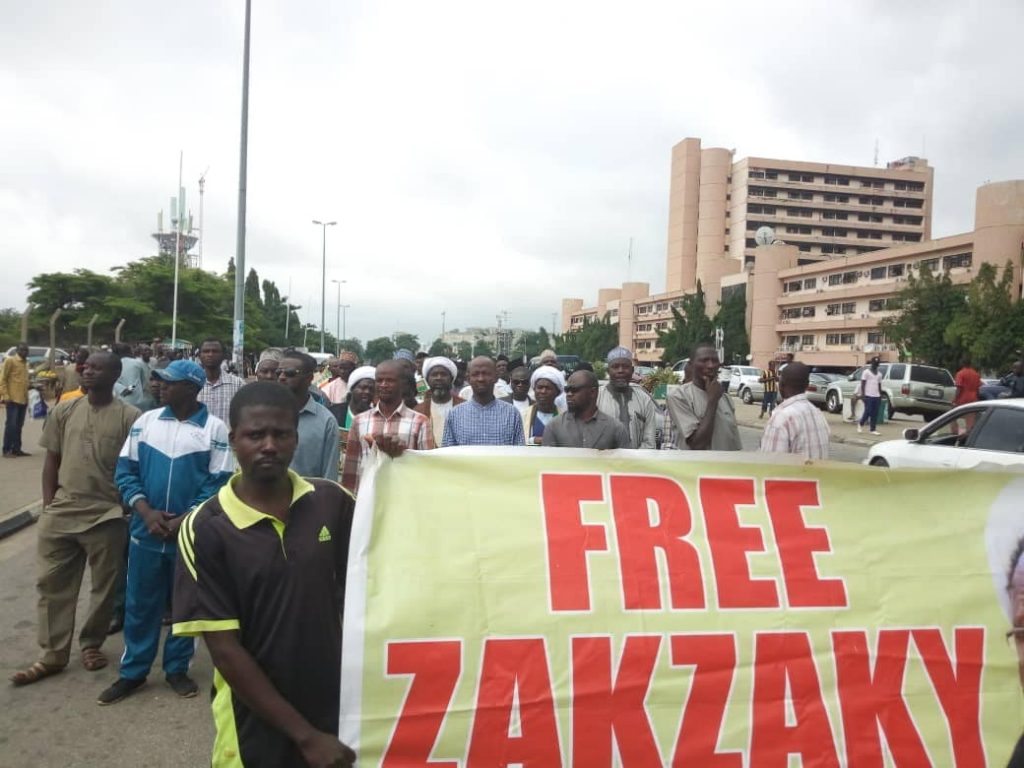 Following the judgement the President of the Media Forum of the Islamic Movement in Nigeria, Ibrahim Musa, said: “This judgement has not only vindicated the members of the Islamic Movement in Nigeria, but it is certainly a victory for perseverance in the face of extreme persecution. It is a victory for truth and justice, against tyranny and impunity.”

IHRC renews its call on authorities to release the leader of the Islamic Movement, Sheikh Ibrahim El-Zakzaky, and his wife Zeenat who remain in custody and are due to face trial this week in the Kaduna High Court.

Authorities seem determined to force the pair to stand trial on trumped up allegations that along with supporters of his group they abetted the commission of culpable homicide when they blocked roads in the city of Zaria in December 2015.

In reality the charges seem to be designed to deflect government responsibility for a planned and systematic attack by soldiers on the Islamic Movement. The charges are all the more ridiculous in view of the fact that the higher federal court had previously ruled the pair’s detention to be unlawful and unconstitutional and ordered the government to release them by January 16, 2017 and pay compensation.

Last March IHRC called on the International Criminal Court to open a preliminary inquiry into the December 2015 massacre.