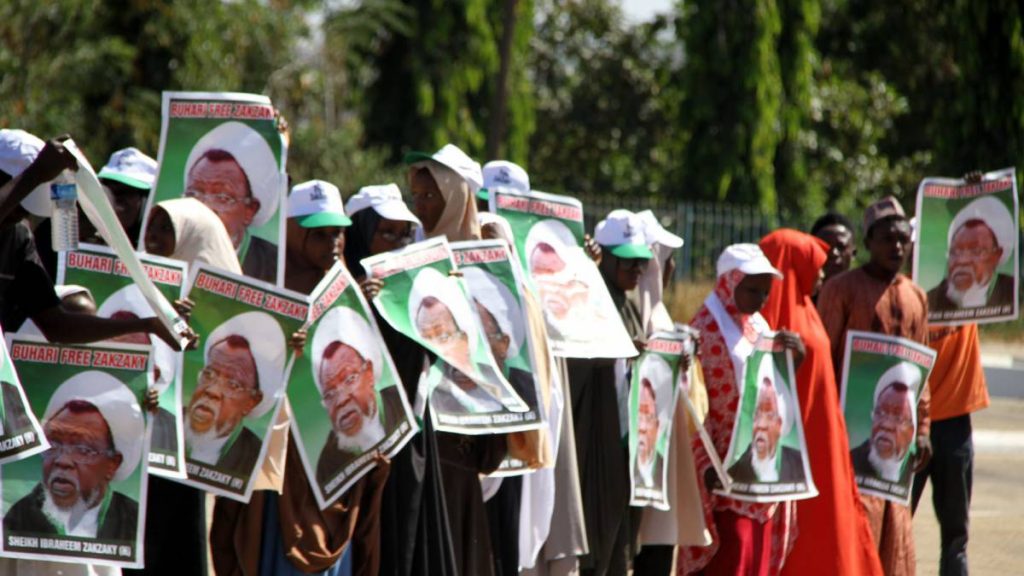 Fears are mounting for the safety of Sheikh Ibrahim el-Zakzaky after he was forcibly moved overnight by Nigerian security forces.

The sheikh, who is in poor health after suffering a stroke at the turn of the year, was taken against his will along with his wife from the location where he has been held illegally by Nigerian secret services for over two years to an as yet unknown location.

In a statement issued after the removal the sheikh’s son Mohammed said: “As of this dawn I would like to inform all those who may be concerned that I have lost all contact with my parents. Among the numerous claims is that they have been brought to Kaduna. Whatever it is, and whatever it may be I do not care. We have never been mistaken about what the intention was when the Nigerian army besieged my father in his house….

The only thing that I know to be a fact is that I have lost all contact with my parents. My only desire at this moment is to receive proof of life or otherwise. However considering the barbarity we have seen so far from this government, I must assume the worst.”

The move is believed to be part of the powerful military’s preparations to force Sheikh Zakzaky to stand trial in Kaduna on charges recently levelled against him. The sheikh has said he will not willingly attend the court which is due to hear charges levelled last month, the most serious of which is punishable by death. The authorities allege that the sheikh and supporters of his group abetted the commission of culpable homicide when they allegedly blocked roads in the city of Zaria in December 2015.

The indictments followed the illegal detention of the sheikh and his wife for over two years without charge. They are all the more ridiculous for the fact that a higher court, the federal court, has previously ruled the pair’s detention to be unlawful and unconstitutional and ordered the government to release them by January 16, 2017 and pay compensation.

The continued persecution of Sheikh Zakzaky should also be seen in the context of his worsening health. Nigerian authorities are all too aware of the precarious condition of the sheikh, who lost sight in one eye and the use of one arm in the 2015 massacre.