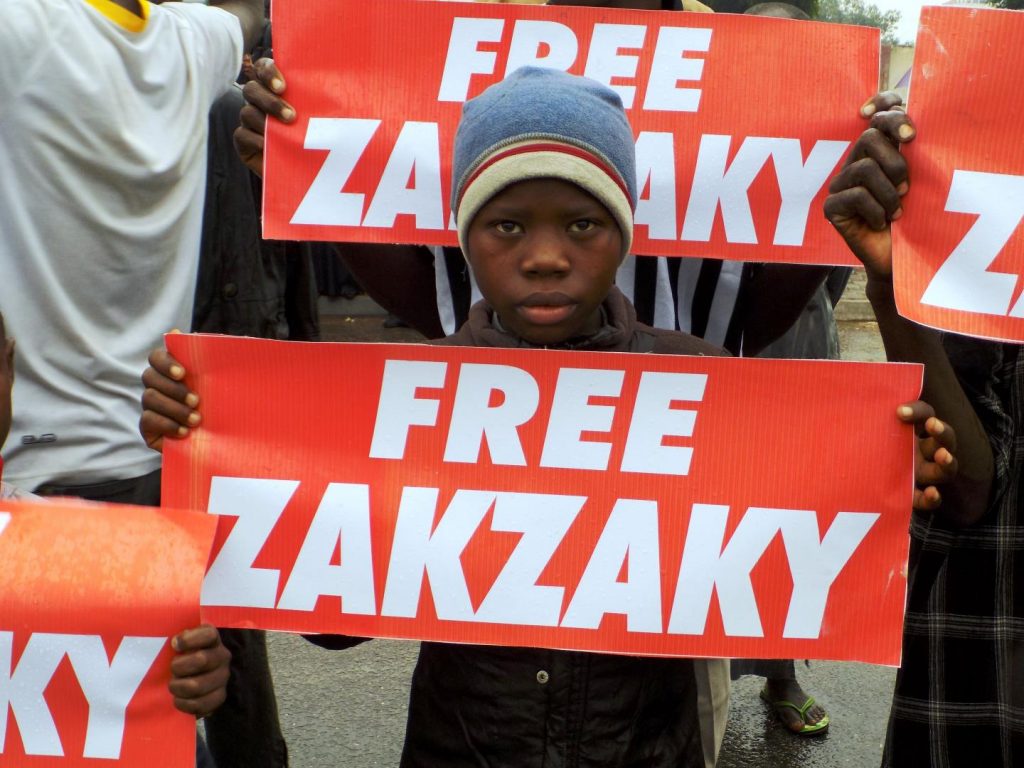 IHRC condemns in the strongest possible terms preparations to forcibly remove the illegally detained leader of the Islamic Movement in Nigeria to an unknown location in readiness for him to be brought to trial on the trumped up charges recently levelled against him.

Since yesterday heavily armed soldiers have surrounded the premises where Sheikh Ibrahim el-Zakzaky is being held by the Nigerian secret services in what supporters believe is an attempt to transfer him to Kaduna prison in readiness for a scheduled court hearing tomorrow 15 May.

The sheikh has said he will not willingly attend the court which is due to hear charges levelled last month, the most serious of which is punishable by death. The authorities allege that the sheikh and supporters of his group abetted the commission of culpable homicide when they allegedly blocked roads in the city of Zaria in December 2015.

The indictments follow the illegal detention of the sheikh and his wife for over two years without charge. They are all the more ridiculous for the fact that a higher court, the federal court, has previously ruled the pair’s detention to be unlawful and unconstitutional and ordered the government to release them by January 16, 2017 and pay compensation.

The attempt to forcibly remove Sheikh Zakzaky should also be seen in the context of his worsening health. Nigerian authorities are not unaware of the precarious condition of the sheikh, who has lost sight in one eye and the use of one arm in the 2015 massacre and more recently suffered a stroke. Any use of physical violence against the sheikh could easily be life-threatening.

Since 8 January 2018 six protestors have been killed by security forces. Hundreds more have been arrested and sustained injuries from beatings during their detention. The majority of those released were freed without charge.