{jathumbnailoff}Updated at 10.55 (original sent out did not include details of Nuhu Muhammed)

IHRC has received further credible evidence, including but not solely photographs and testimonies, of mass graves where the army is reported to have buried mass fatalities from their killing spree of the last few days in Zaria. There have been claims that bodies have been incinerated.

One of the pieces of photographic evidence is appended below. The image [1] is graphic and caution is advised when viewing.

IHRC is calling on the African Union, the United Nations and the Commonwealth to suspend Nigerian membership and privileges, and to demand the release of all those detained.

Chair of IHRC, Massoud Shadjareh said: “This is a crushing indictment of the Nigerian military if one were necessary. The international community cannot sit by and say and do nothing any longer.”

[1]ÂÂÂÂÂ  This image purports to show incinerated bodies in a mass grave. CAUTION: image is graphic.[ENDS] 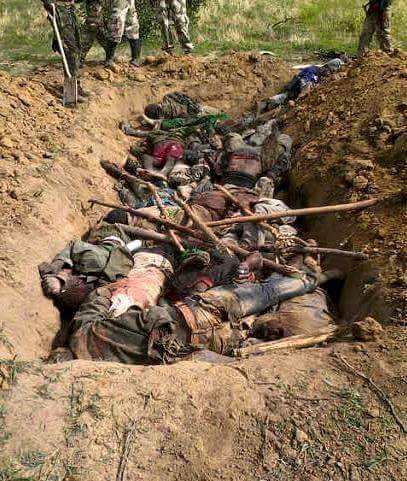