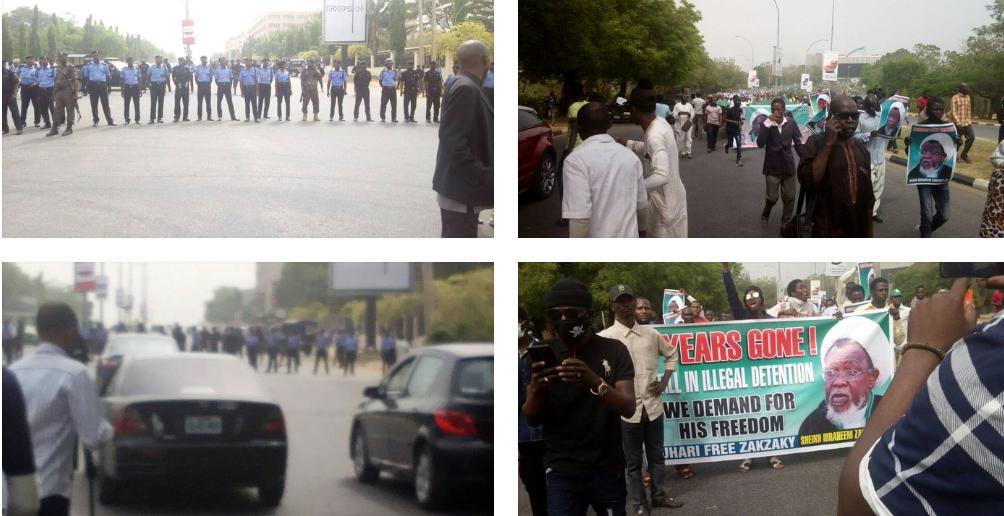 Photographs sent from the scene show police lined up across the road facing off against the protestors in order to stop them from proceeding.

The demonstration, which is also calling for the release of IMN leader Sheikh Ibrahim el-Zakzaky is one of many taking place around the world today to mark the 2015 massacre which took place over three days between 12-14 December 2015.

No one has yet been brought to justice for the atrocity.

Along with his wife Zeenah, Sheikh Ibrahim El-Zakzaky, has been held without charge following their arrest during the later 2015 massacre of IMN supporters. Both were shot during the attack in Zaria in which at least 1000 IMN supporters, including a further three sons of the couple, were killed.