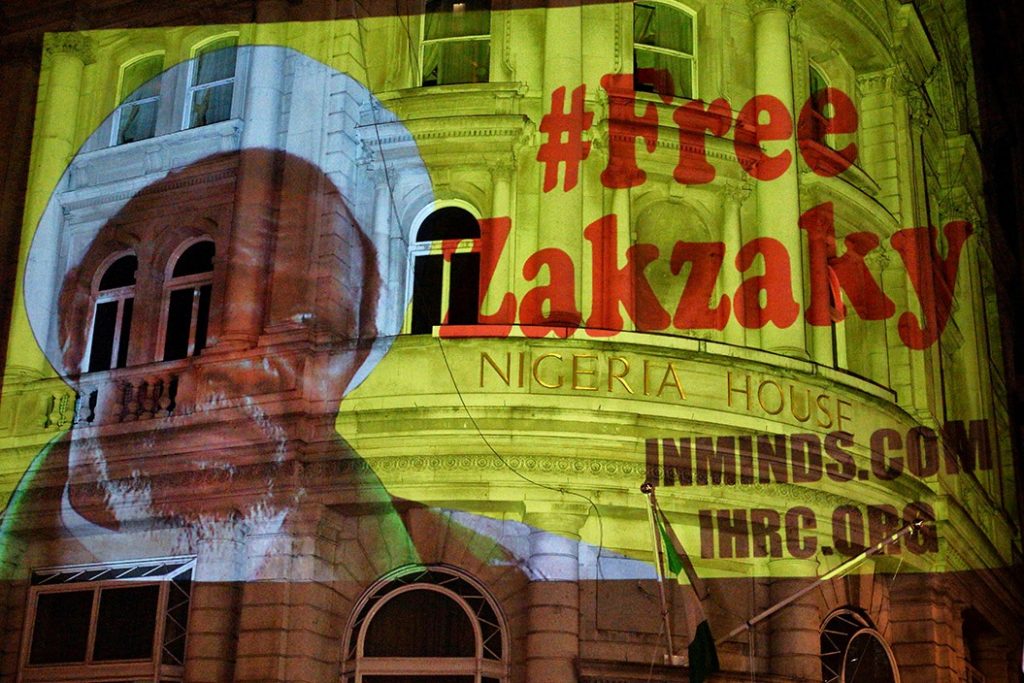 Sheikh Ibrahim el-Zakzaky remains in the custody of the State Security Services, held without charge, along with his wife Zeenah since being detained over two years ago during a savage assault on his movement’s supporters by the armed forces.

The pair have been held mainly incommunicado following their arrest during the attack against the Islamic Movement of Nigeria (IMN) in December 2015. Both were shot during the attack in Zaria in which at least 1000 IMN supporters, including three sons of the couple, were killed and many properties and religious spaces belonging to the IMN and its followers destroyed.ÂÂ

Sheikh Zakzaky has already lost the use of an arm and one of his eyes and even before the stroke there was a real risk he could lose his sight completely if he didn’t receive the necessary medical treatment.

Despite repeated requests by the Sheikh’s legal team, Nigeria’s domestic intelligence agency (DSS) which is holding the sheikh, has refused to let him have access to doctors or let him fly abroad for treatment.

In view of his deteriorating health it is now more urgent than ever to allow Sheikh Zakzaky to be allowed access to immediate medical attention in order to assess the extent of his injuries caused by the stroke and access the necessary medical treatment.

The continued abuse of the Zakzakys fundamental rights is a stain on the Nigerian government particularly in view of the fact that the pair are being held in breach of by a federal high court order on 2 December 2016 that ruled their detention illegal and unconstitutional and gave Nigerian authorities 45 days to unconditionally release the pair.

IHRC calls on the Nigerian government to immediately and unconditionally release Sheikh Zakzaky and allow him to be flown out of Nigeria to receive the medical care that he urgently needs.