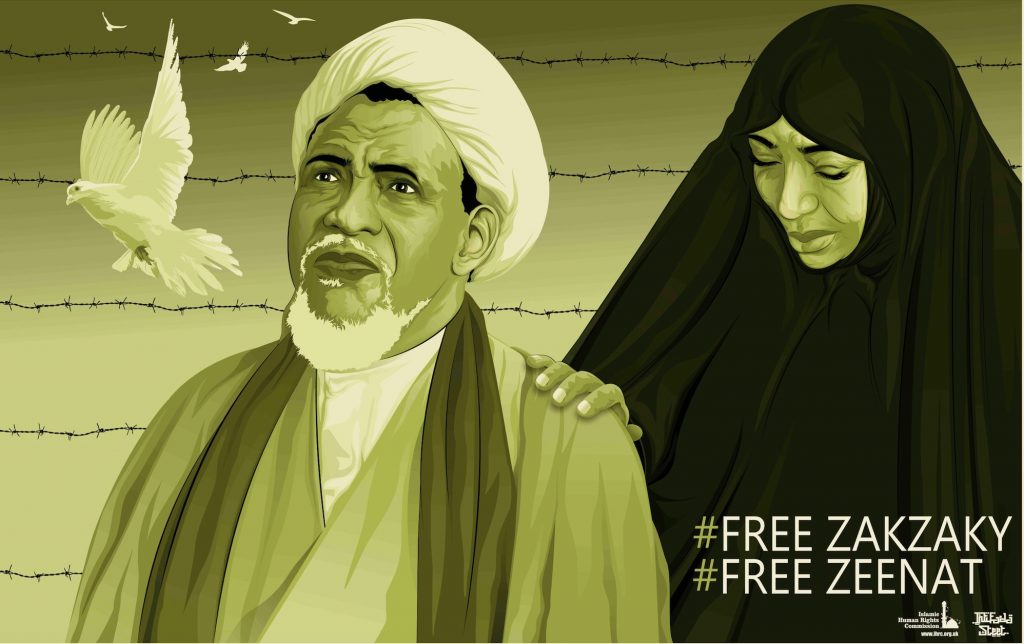 As hearing to dismiss the case resumes on 1st July, campaigners and advocates reiterate their call for justice

“We are arguing that there is no case to answer, and are deeply concerned that it has taken so long for this case to be heard when clearly the defendants have serious health difficulties.”

“Nigeria’s continued descent into political and social instability can only be halted when credible political figures like the Zakzakys, and others, are free and can provide leadership to the various groups and movements currently buckling under state repression.  The authorities must take the right action now.”

Advocates and human rights campaigners world-wide are calling on the Nigerian authorities to release Sheikh Ibraheem El-Zakzaky and Mallima Zeenah[1], the leaders of the Islamic Movement in Nigeria, who have been variously detained and imprisoned since December 2015, when army and security forces attacked various movement sites and killed 1000 of the movement’s followers, including three of the sons of the couple[2].  They have been held despite a Federal Court Order claiming their detention is illegal and demanding their release and the payment of compensation.

Currently the pair have been enduring a continually disrupted and delayed hearing to dismiss a case initiated against them in Kaduna.  The hearing continues on 1st July at the Kaduna High Court.

A detailed press pack on the case is available here.

[1] Background to the Islamic Movement of Nigeria by Caterina Aiena