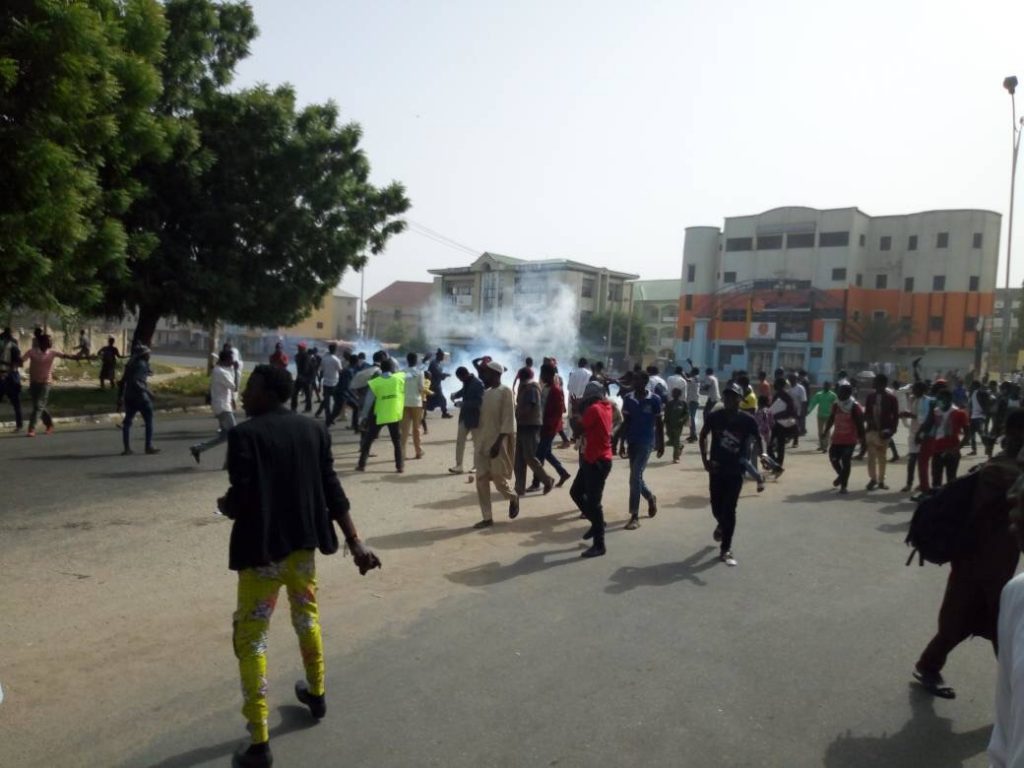 Facebook
Twitter
LinkedIn
WhatsApp
Email
From: Islamic Human Rights Commission
5 November 2017
PRESS RELEASE – Nigeria: Two killed as police attack peaceful religious procession
IHRC strongly condemns the killings today by armed forces of two civilians following a peaceful procession in the northern city of Kano.
The victims, a man and a woman, were among mourners who had gathered to begin a trek to mark the 40th day remembrance (known as Arba’een in Arabic) of the anniversary of the martyrdom of the Prophet Muhammad’s grandson Husayn in 680AD,
The dead woman has been named as Hussaina Dauda Na Lado, a student of enginerring at Bayero University in Kano.
According to eye-witnesses police attacked mourners without warning as they dispersed at the end of today’s leg of the trek which is due to culminate in a huge rally in Zaria in a few days’ time. The attack was totally unprovoked.
There have been attacks on the march, organised by the Islamic Movement of Nigeria in previous years by armed police as well as gangs thoughts to be allowed to conduct their violence with impunity by the authorities.
After today’s shootings, a leading member of the IMN, Dr Sunusi AbdulQadir, called on the marchers to go home just as peacefully as they came and return to resume the trek on Monday morning.
The Islamic Movement of Nigeria, led by Sheikh Ibrahim el-Zakzaky, has been the subject of a government witch-hunt since at least 2014 with its supporters coming under repeated attack. The worst of these was a savage assault on the group in Zaria in December 2015 in which at least 1000 people, including three of Zakzaky’s sons, were killed and many properties and religious spaces belonging to the IMN and its followers destroyed.
Nobody has ever been brought to justice for any of the atrocities.
For more information please call +447958607475. Photos attached (more available on request).
Notes to editors:
In March 2016 IHRC petitioned the International Criminal Court to to open a preliminary inquiry into the December 2015 massacre of IMN members.
Our report which we submitted to the ICC can be found at https://ihrc.org.uk/publications/reports/11646-investigating-the-attack-against-the-islamic-movement-of-nigeria-on-12-13-december-2015-in-zaria
[Ends]
——————————————————————————————
IHRC is an NGO in Special Consultative Status with the Economic and Social Council of the United Nations.
Islamic Human Rights Commission
PO Box 598
Wembley
HA9 7XH
United Kingdom
Telephone (+44) 20 8904 4222
Email: info@ihrc.org
Web: www.ihrc.org
Twitter @ihrc