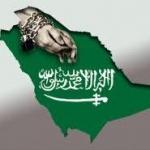 Dr. Mubarak Aal-Zuair has been actively involved in promoting human rights in Saudi Arabia by speaking out for some of the people that have been detained by Saudi authorities.

Dr. Mubarak had spoken to the Ministry of Interior regarding the families of some of the detainees because the families themselves had previously been denied entry to the building to appeal on behalf of their relatives.

Having urged the application of Article 114 of the Code of Criminal Procedures, Dr. Mubarak was guaranteed on Saturday 20th March 2011 by the Deputy Minister of the Interior Prince Muhammad bin Nayef that the release of the families’ relatives would come soon and that he had permission to relay this news to the families of the prisoners.

It became apparent the next day that this discussion was used as a means to disperse the crowds that had gathered outside the Ministry of Interior. In fact as Dr. Mubarak attempted to go to the Ministry of Interior, he was stopped, searched and arrested without reason by authorities. He was taken to the Al-Malaz police station on the 22nd, where he was jailed inside a filthy toilet without adequate space to sleep or pray. His incarceration continues.

Massoud Shadjareh, the chair of IHRC, said:
“The Saudi regime’s record on human rights has sunk to new depths with the targeting of human rights activist, Dr. Mubarak. The imprisonment of Dr. Mubarak Aal-Zuair is reflective of a grander strategy by the Saudi regime to stifle any human rights activism and genuine advocacy in the country; especially at a time when its people are publicly demonstrating for political freedom. His treatment by the Ministry of Interior is further proof that suppression of justice is becoming institutionalised throughout the political and judicial establishment in Saudi Arabia”.