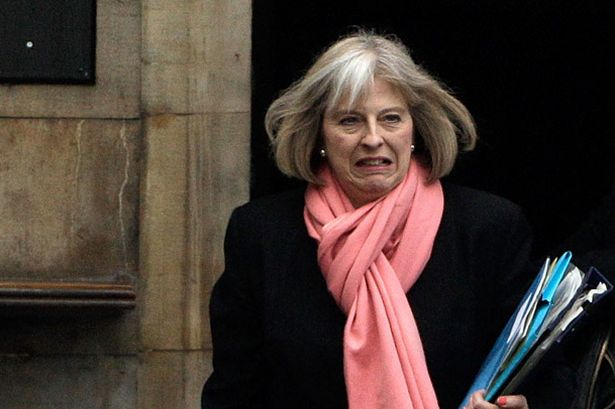 The Tory minister has been nominated for her policies of banning  Muslim preachers from entering the UK, revoking passports from British citizens who travel to Syria and most recently thinking about applying “anti-terror” ASBO-style punishments for British Muslims who are merely “suspected” of so-called terrorist activities.

Her Conservative colleague Dan Poulter also finds himself on the shortlist for initiating steps to ban NHS employees from wearing the niqab. The health minister minister recently ordered a review of all current health care guidance on the issue and asked clinical regulators to draw up clear rules to ban the wearing of the face veil by health care staff while they are in contact with patients.

The 1991 Nobel Peace Prize winner has been nominated for her continuing refusal to back citizenship calls by the country’s oppressed Rohingya Muslim minority. The Burmese government’s denial of statehood to the Rohingya is one of the main reasons they are described by the UN as one of the world’s most persecuted peoples.

Along with her National League for Democracy party, Aung San Suu Kyi has tiptoed around the issue and has even refused to condemn the state-supported attacks that ravaged Rohingya communities in 2012. Shin Wirathu, the Buddhist monk believed to be behind the wave of anti-Muslim hostility sweeping Burma, is also among this year’s nominees.

Not for the first time, the nominees also feature Muslims, this time including Maajid Nawaz of the Quilliam Foundation. Nawaaz heads one of the most despised “Muslim” organisations with absolutely no support at grassroots level.

Egypt’s General Abdel Fattah el-Sisi, the army general who conducted a bloody campaign to remove and then ban the democratically elected Muslim Brotherhood  and put the Arab world’s most populous nation firmly back on the road to military rule.

US president Barack Obama is also nominated for “mostly everything”, including his continued use of drone strikes in Afghanistan, Pakistan, and Yemen to carry out extra-judicial killings of anti-US fighters. The strikes also claim the lives of many civilians. Obama also continues to renege on promises to close the sadistic Guantanamo Bay detention facility housing so-called terrorism suspects.

Although the awards are intended to be a tongue in cheek poke at leaders of all stripes, they do carry a serious message. Islamophobia is on the rise all over the world, particularly in the West, and the event serves to focus attention on the problem. Five genuine awards will also be given to people who have struggled against Islamophobia.

The 2014 Islamophobia Awards will be held in London on 21 February at the Holiday Inn Wembley Empire Way, London HA9 8DS, starting 6pm. The event will consist of performances including comedians, gala dinner, and a fundraising charity auction. It will be streamed live on www.ihrc.tv

Press wishing to cover the event need to contact media@ihrc.org before the event.  Video clips, audio and photos will be are available shortly after the event.

Tickets are available online at shop.ihrc.org/tickets or from the booking office on 0208 904 4222.