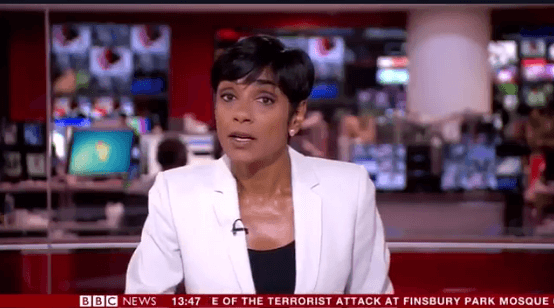 IHRC has written to the BBC demanding that it retract apologies it made to two anti-Muslim media pundits after both were called out on air for their hate preaching.

IHRC chair Massoud Shadjareh named Majid Nawaaz, the director of the Quilliam Foundation and LBC radio presenter, along with Douglas Murray of the Henry Jackson Society and Mail columnist Katie Hopkins as cheerleaders for anti-Muslim sentiment following the terrorist attack on Muslims outside Finsbury Park Mosque in the early hours of Monday 19 June.

One man was killed in the attack and many more injured after a supected Islamophobe rammed his hired van into them as they left late night prayers in Ramadan.

Following the incident Mr Shadjareh was invited by BBC News to offer his views on the possible motivation for the attack.

Mr Shadjareh named the individuals as partially responsible for creating an environment of hate for the Muslim community which encourages and fuels acts of hostility, discrimination and violence.

Since the Finsbury Park attack it has emerged that the suspect’s original goal may have been to target the Al-Quds Day procession in London on Sunday 18 June, an event that was demonised by Majid Nawaaz in the Jewish News and on his radio show as sympathetic to terrorism.

The letter says: “What these individuals do is takes acts of terrorism and extremism of fringe individuals, which horrify us all, and equate them with the mainstream Muslim community. By equating terror to the wider Muslim community, they incite and justify hatred of Muslims, which in turn, based on our last research, creates and strengthens the environment of hate where it is normal to hate and attack Muslims.”

After the BBC received complaints about Mr. Shadjareh’s remarks from Nawaz and Murray it apologised to the pair.

Since many other commentators and independent think tanks have chided Hopkins, Nawaaz and Murray for their Islamophobia it comes as a surprise to see the IHRC chair’s opinions being singled out for censorship.

The letter excoriates the BBC for apologising to the pair without first seeking clarification from Mr Shadjareh about his comments, calling into question the public services broadcaster’s claims to impartiality. The decision undermines freedom of speech and underlines the widely held view among Muslims that while everyone else is entitled to express their opinions on air without fear of being censored different standards apply to Muslim contributors.