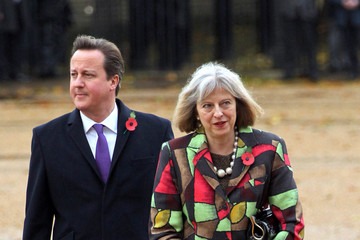 The return to power of the Conservative Party with a majority in the British general election is a victory for the forces of xenophobia, division and fear.

It is evident from the disparity between polls leading up to the election and the actual outcome that the unashamedly racist anti-Scottish campaigning by the Conservatives which presented English voters with a nightmarish vision of power-drunk Scots calling the shots in a coalition with Labour succeeded in spooking enough of them into voting Tory.

Over the course of the election campaign the Tories had also intentionally ramped up the rhetoric on immigration pandering to racial prejudices in a bid to outflank UKIP and Labour.

This general election has left Britain a broken nation, creating divisions between racial/religious minorities and the white majority, between England and Scotland, and between the haves and have nots, the latter of which will be forced to bear the brunt of yet more swingeing austerity cuts.

IHRC Massoud Shadjareh said: “It is ironic that a party which claimed to be working to unite Britain has only succeeded in dividing the nation like never before. A majority Tory government unrestrained by even a weak coalition partner is a hammer blow for the politics of inclusion and healing Britain so badly needs.