PRESS RELEASE: UK – Concerns over far-right opportunism as result of the riots 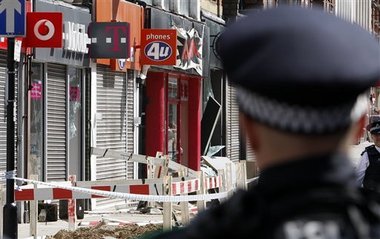 Messages from far-right groups on social media [1] have suggested that some groups of far-right sympathisers want to use the riots as cover for burning down mosques [2].  Others have spoken of the riots in terms of a race war and suggest taking action against ‘blacks’ and ‘asians’ and ‘coloureds’[3].

Of more concern was the actual appearance of the English Defence League in Eltham, London yesterday (9 August) and the promotion of their effort via social media[4].  Reports suggest that there may have been EDL members or supporters amongst vigilantes in Enfield, London[5].

International media reports EDL leader Stephen Lennon aka Tommy Robinson claiming that up to 1,000 (one thousand) EDL members will be patrolling the streets.

“The demonising rhetoric in the media in particular and from government and its institutions is being capitalised upon by far-right actors, and the government needs to publicly condemn this opportunism and make clear it will deal with this threat.”