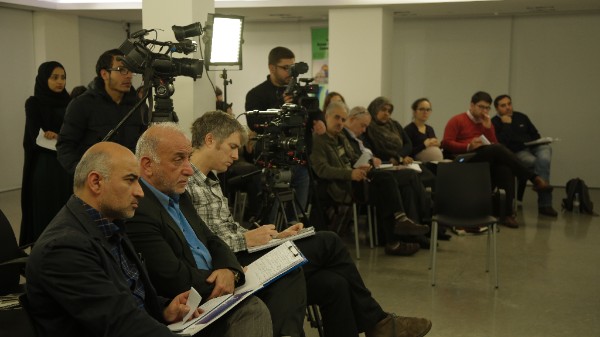 The Islamic Human Rights Commission successfully hosted the launch of its latest publication ‘Environment of Hate: The New Normal for Muslims in the UK’.

The launch featured a panel including one of the report authors Arzu Merali, academics Nisha Kapoor and David Miller, journalist Peter Oborne as well as IHRC Head of Advocacy Abed Choudhury.

Arzu Merali provided an overview of the report and compared the new findings to the first study undertaken in the UK in 2010. The results have been alarming. Between 2010 and 2014 the number of people who reported seeing Islamophobia directed at someone else spiked from 50% to 82%. In the same period the number of people stating they had witnessed negative stereotypes about Islam and Muslims jumped from 69% to 93.3% suggesting these experiences have become almost universal for Muslims.

The report focuses the study in the context of the environment that perpetuates hatred amongst individuals. Institutional and structural change needs to be the focus and not oppressed minority communities. Abed Choudhury – Head of Advocacy at IHRC – discussed some of the most violent and aggressive cases he has dealt with in recent years.

With two academics on the panel, there was much focus on the UK government’s Prevent strategy and the way it socialises hatred particularly within the education system and its institutions. Nisha Kapoor talked about the significance of criminalisation and the way disenfranchisement is now being enacted through imprisonment. This is one of the ways a racial hierarchy is maintained. She stated that all marginalised communities need to form alliances in order to better combat systems of oppression.

David Miller referred to the government’s counter-terrorism policies as the backbone of Islamophobia today – creating a climate where Muslim children have bank accounts shut down because they are thought of as security risks.

The current state is one where Muslims fear to even speak and thus numerous crimes of hate against Muslims go unreported. Peter Oborne stated that Islamophobia is something that is necessary for all of us to confront and the onus cannot be placed on Muslims.