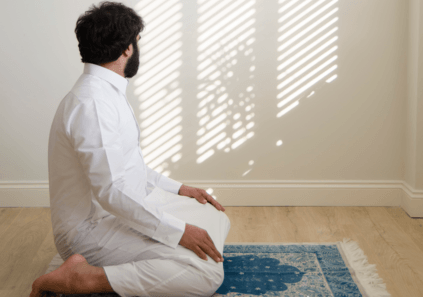 In November 2015 IHRC will be launching its new exhibition featuring the work of a number of artists from the collective Variant Space – ever growing in popularity. Fresh from their appearance at the Shubbak Festival, this is a chance to see the artists’ work in an unusual and intimate space. Comprising of Muslim female artists from an array of backgrounds, Variant Space is an art collective that aims to create and display “authentic art which narrates the experiences women face as well as their background.”

‘Invisible Lines’ will focus on the connections formed between different cultures and the people of those cultures. In true expression of the nature of the collective, the exhibition will feature the connections that have developed despite difference; connections made as a result of individual growth, movement and change. How do people tell their own stories and craft their personal narratives?

Featuring a multitude of mixed media including 3D-works, illustrations, photography and video – the exhibition will also display art ‘in-progress’. The idea is that the artist and the artist’s work is never in stasis as both are constantly developing and changing.

The space is put to great use – consisting of two floors with the first hosting the IHRC Bookshop. The IHRC Gallery is simultaneously often used as a work and conference space and has always existed with these different ways of meaning and varied use. The Islamic Human Rights Commission hosts a number of other events in the gallery throughout the year including film screenings, author evenings and numerous panels. The space becomes a site of interaction that welcomes not only IHRC staff and gallery-visitors but a plethora of other people who will come into contact with the work by chance.

Curator Nasreen Shaikh Jamal al-Lail says “the space IHRC provides for artists to explore issues of identity and conflict is invaluable and ‘Invisible Lines’ is a real culmination of this exploration from the point of view of young Muslim women.”

Artists featured will include –

– The exhibition is FREE and will run until 15 December 2015

In the past the IHRC Gallery has hosted the likes of Intifada Street’s Mohammad Hamza, Mamade Kadreebux, Naazish Chouglay of Labbaik Arts and the creators of OOMK Zine among others. Head of Research, Arzu Merali, states that part of IHRC’s philosophy has been has been “breaking down divisions between culture, law and politics, we are out there working for justice. I think some cultural aspects of our existence are not emphasised enough, there are many reasons for that, but where you can seek solace and gain inspiration, it’s all part of healing and important to focus on.”