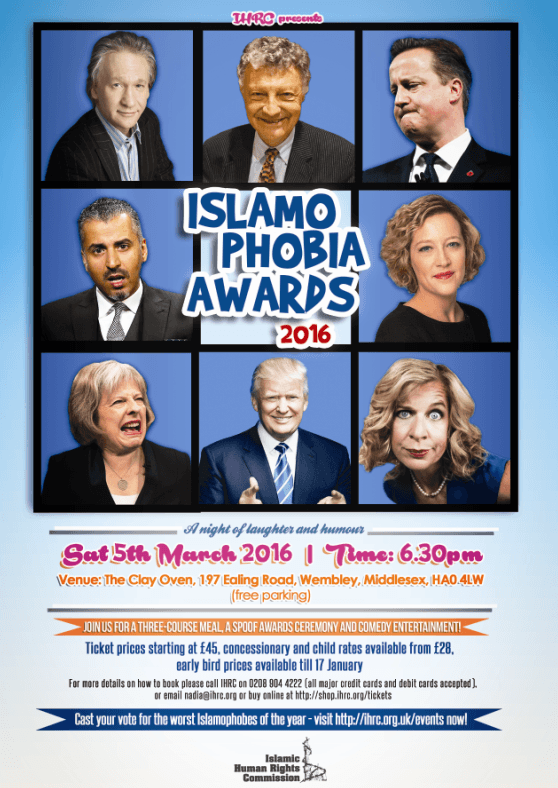 Following the fervour over IHRC’s Islamophobia Awards in 2015, the event is set to return on 5 March 2016. The gala dinner features a satirical awards ceremony where those who have been the most Islamophobic over the past year are awarded for their “accomplishments”. Guests will be treated to a three-course meal at the prestigious Clay Oven Banqueting Suite in Wembley as well as live stand up from comedian Guz Khan, a silent auction and more.

The event aims to subvert Islamophobia through comedy and revue while simultaneously addressing a serious and significant issue in a creative manner. This year the awards have been split into four separate categories: UK, International, News Media and Film/Book/TV Series. Nominees are submitted by the general public who had the chance to write in whomever they felt had displayed prominent cases of Islamophobia. The nominees will be announced shortly and a public vote will follow to decide the final winners (announced on the night.)

For all media enquiries or to register to attend please email nadia@ihrc.org or call 020 8904 4222