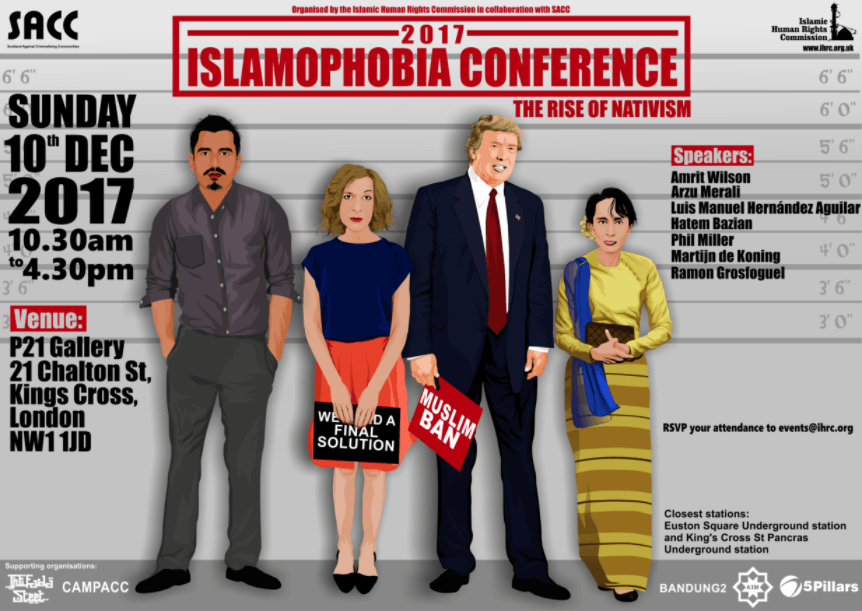 For the fourth consecutive year Islamic Human Rights Commission will be holding a conference focused on tackling Islamophobia. The event is set to take place on Sunday, 10 December 2017 and will feature esteemed panels of speakers from varying backgrounds and disciplines.

Last year’s Islamophobia conference discussed the creation of a police state in the UK. While the policies aimed at surveilling, criminalising and extraditing Muslims, refugees and migrants have continued unabated, we have seen alongside this the alarming growth of nativism in the UK and around the world.

The election of Trump in America has allowed nativism to enter mainstream politics. He branded Mexicans as lazy and as rapists, Muslims as terrorists and imposed a ‘Muslim Ban’ which the US Supreme Court has also now approved. His anti-immigration stance and his plan for a wall on the Mexican border has resonated with people who feel they have been marginalised and silenced by immigrants, foreigners, the ‘other’ who are destroying their way of life.