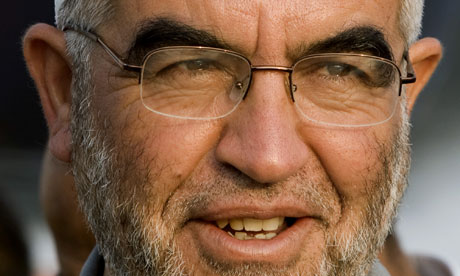 On 28th June, the prominent Palestinian activist Sheikh Raed Salah was arrested by British police at 11:00PM, and taken to Paddington Green Police Station in London.

The Sheikh, who was admitted into the UK legally and without fuss whilst using his Israeli passport when travelling from Ben Gurion airport, is head of the Islamic Movement in Israel.  He and his organisation are involved in providing social services and religious education to Palestinians of all backgrounds living in the country, who suffer daily and systematic discrimination.

Sheikh Salah has been at the forefront of joint Muslim and Christian protests against Israel’s excavations of the Temple Mount complex. He has spoken at Tel-Aviv University, and the Israeli authorities made no effort to stop him from leaving the country. Before his arrest, he had attended an event in Holborn, London, and even addressed a number of MPs and Lords at a roundtable event at the Houses of Parliament.

Home Secretary Theresa May has stated that the UK Border Agency will be attempting to deport Sheikh Salah back to Israel under the Immigration Act 1971, Section 3.

“The suddenness of Sheikh Raed Salah’s arrest, and the fact that he is unaware of the reason why the British government seek to deport him to Israel, only reinforce claims that he is being persecuted under pressure of the Israeli government.

The Home Office should focus their efforts on preventing war-criminals such as Tzipi Livni from entering the country, rather than denying innocent people their right to do so.”