Press release: UK: New laws should not be a licence to discriminate against Muslims

Home
Press Releases
Press release: UK: New laws should not be a licence to discriminate against Muslims 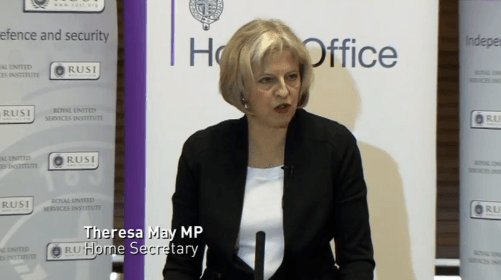 Government guidance to be issued to universities to prevent ‘hate speech’ on campuses should not be used as a fig leaf to curtail legitimate debate and introduce more oppressive legislation targeting Muslims.

News reports over the weekend suggest that Tory ministers in the coalition government are gunning for tough new guidance to be drawn up under the recently passed Counter Terrorism and Security Bill that will compel universities to ban views they consider to be “extremist” being aired on campuses.

The proposed guidance currently undergoing consultation says: “Universities must take seriously their responsibility to exclude those promoting extremist views that support or are conducive to terrorism.”

That position has apparently put them at loggerheads with their Lib-Dem coalition partners with whom they had previously agreed that action should only be taken if a speaker crossed the line into directly inciting violence.

IHRC is deeply concerned about the proposed guidance. In recent years successive pieces of legislation along with the government’s PREVENT anti-radicalisation prograame have greatly narrowed the scope of legitimate debate not only on campuses but across society as people are scared that what they say could land them in trouble with the authorities. The effect is that important discussions on the most pressing issues of our time are left permanently off the table because they are deemed too controversial.

This guidance continues that trend. It is deliberately vague and latitudinous to allow for the prohibition of views or beliefs simply because they are disagreeable to the authorities such as for example discussions around western foreign policy or the concept of an Islamic State.

Moreover, the almost exclusive focus on extremism by Muslims coupled with experience of previous anti-terror legislation would suggest that the guidance will be applied disproportionately to Muslim speakers and thereby become another tool of discrimination. The government has already spuriously used anti-extremism justifications on numerous occasions to ban foreign Muslim preachers from entering the UK and the new guidance will simply extend that policy.

It seems somewhat perverse that at a time when officials are extolling the virtues of free speech for everyone else they are pressing for restrictions on its exercise by Muslims.

IHRC chair Massoud Shadjareh said: “Shutting people’s mouths and closing down genuine discussion is clearly not the way forward. We should be trying to encourage healthy debate in our society and properly addressing the grievances of our youth and creating avenues for them to be aired and debated.”