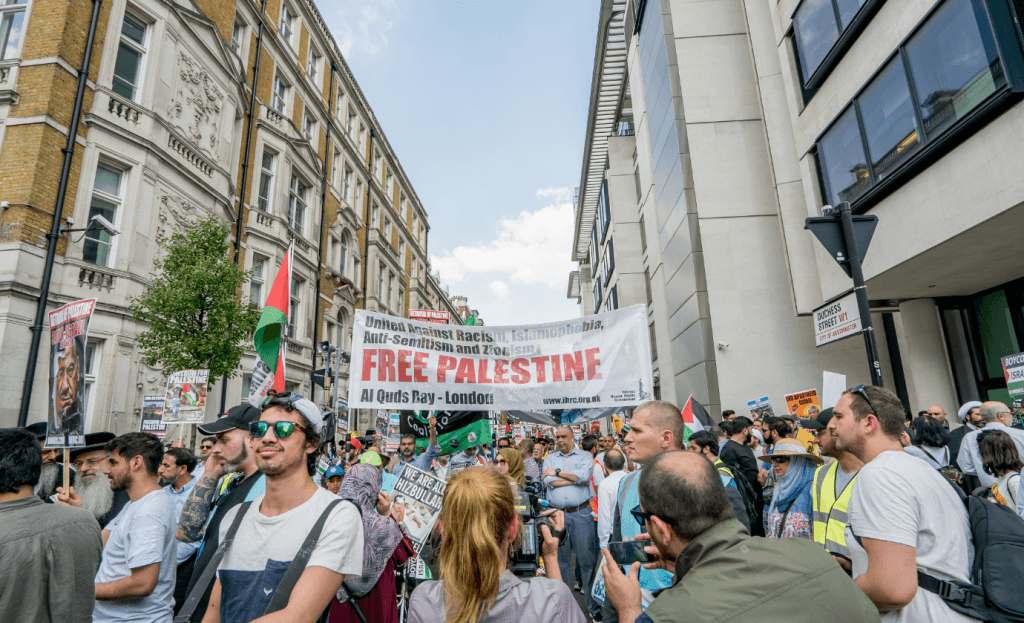 IHRC is among a host of pro-Palestinian groups and activists that have written to the Mayor of London demanding that his office supports the right to free expression and to protection from racist violence of people taking part in this years Al-Quds rally on 10 June in the capital.

The letter follows an exchange of correspondence between Sadiq Khan and the IHRC since last summer around his kowtowing to Zionist and far right extremists who are campaigning to have the annual event banned or failing that its freedom of expression curtailed.

Pro-Israel advocates have been applying pressure on Khan to ban the event which highlights the continuing oppression of the Palestinians on the grounds that many of the participants carry Hezbollah flags as an expression of support for the pro-Palestinian group.

Last year the demonisation campaign was responsible for inciting Darren Osborne to drive a van into worshippers leaving late night Ramadan prayers in the Finsbury Park area of north London on 19 June 2017. Osborne’s intended target had been the Al-Quds day protest that took place the day before, but he was unable to reach it.

Today’s open letter reminds the Mayor Khan that the march has been run as a peaceful event in the capital for over 30 years attracting a diverse range of people. The police have praised the peaceful nature of this event and have had to increase their presence only in response to violent threats against it.

This year similar demonisation and incitement are taking place. Already the same individuals have been involved in the criminal damage (which is being investigated as a hate crime) of a poster advertising the event and have made veiled threats of taking further action during the event itself.

In the run-up to Al-Quds Day last year and again this year, the Mayor has actively supported demands to ban the march.

The letter asks Mr. Khan to show his “support for the lawful, peaceful and inclusive activism of Al-Quds Day by publicly, committing to its security and safety, eschewing all hate campaigns targeting it, pursuing to the full extent of the law, those who seek to incite violence against it, supporting the right to protest, free expression and the right to be protected from racist hatred and violence.”

The letter is signed by the following: