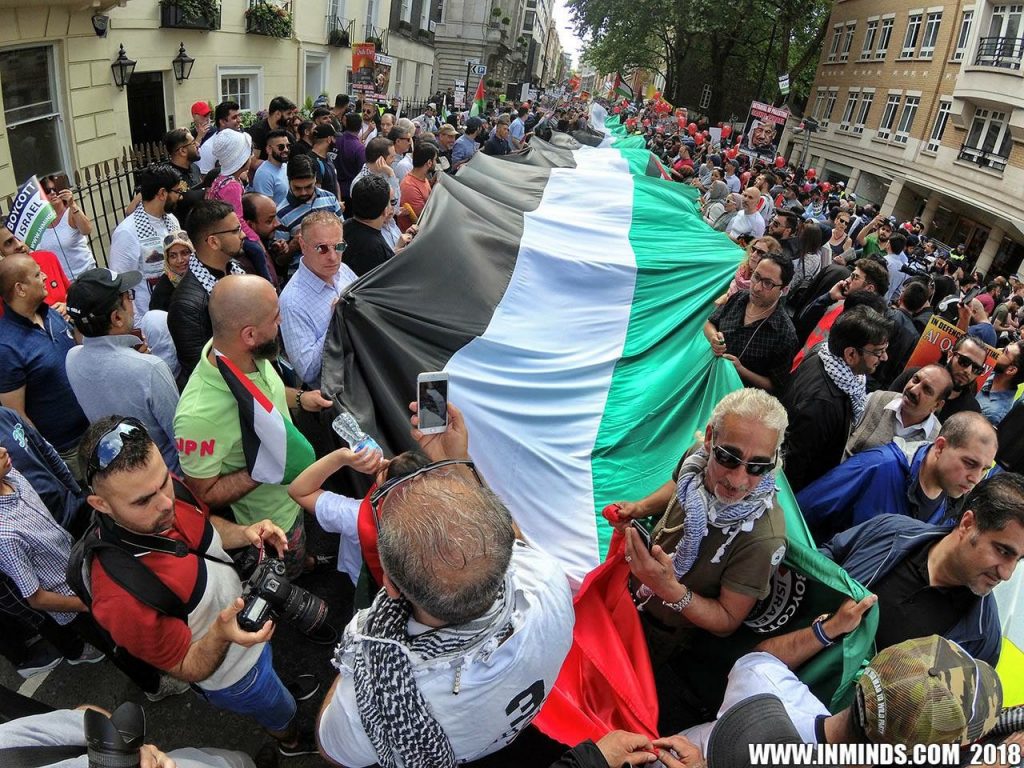 Thousands of people marched through the streets of central London yesterday 10 June calling for an end to Israel’s occupation of Palestine despite intense provocation and intimidation from far right and Zionist bigots aiming to disrupt the protest.

Approximately 8000 people turned out for the annual Al-Quds Day parade which highlights the ongoing suffering of the Palestinians.

The event passed off without major incident despite fears of sabotage by right wing and pro-Israeli thugs who had organised a much smaller counter demonstration.

One person from the counter demo was arrested for possession of a noxious substance. Throughout the course of the day counter protestors hurled Islamophobic abuse at the main rally and tried to intimidate attendees from the sidelines.

Numbers were significantly up on last year in an act of defiance aimed at the demonisation campaign and the recent murders by Israeli troops of innocent Palestinian protestors in the Gaza Strip.

Protestors for the Al-Quds Day march came from as far afield as Yorkshire and the north west of England to take part in this year’s event in which a record-breaking 70m Palestinian flag was carried through the capital’s streets. As ever their number included people of all faiths including Jews, Christians and Muslims.

IHRC chairman Massoud Shadjareh said: “Today’s turnout just shows how strong the support is in Britain for the Palestinian cause. Despite renewed threats and intimidation Women, children and men from all walks of life have once again shown up in their thousands to tell Israel that enough is enough.”