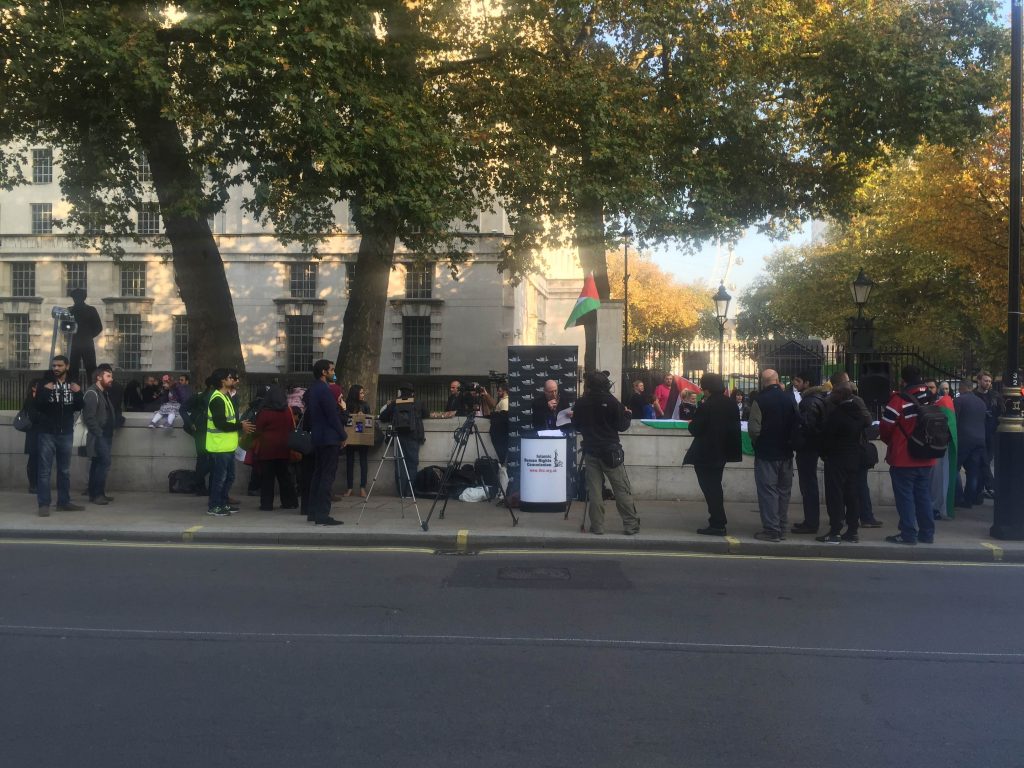 Over a hundred people rallied outside 10 Downing Street today to demand their dignity be respected. Global Dignity Day featured a number of impassioned speeches for a crowd who was galvanised and determined. The focus was placed on the increasing racism, militarisation and austerity; all of which are leading to the destruction of our shared humanity.

The organisers were impressed with the significant turnout despite the gloomy weather early on in the day. Protesters had travelled from across the UK to attend and hear messages concerning dignity and shared humanity read aloud. Speakers included Rob Ferguson – from the National Union of Teachers. He discussed the Prevent strategy and the Chanel programme and the tolls both are taking on innocent people, especially those in educational institutions. Damien Read from the London Visual Activist Collective was at hand to lament over the situation in Palestine and the dignity that is not afforded to its people when their mosques are destroyed and defecated.

Throughout the day messages from key figures on the topic of dignity. Finally the rally concluded with words from IHRC Chair Massoud Shadjareh who stated that dignity cannot be conferred by others as it is inherent and we must assert it even when it is being eroded by those in government and the media.