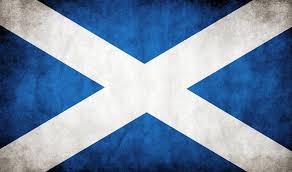 IHRC is urging North Lanarkshire Council to withdraw a school worksheet it put out for pupils describing Palestinians as terrorists and suggesting they are pursuing some kind of vendetta against Israel.

The worksheet, which came to light after the sister of a primary seven pupil at New Stevenston Primary school in Motherwell posted about it on Facebook, is either a propagandist or very cack-handed way of explaining the conflict in the Middle East. Whatever the case it succeeds in presenting a totally one-sided view of the Palestine-Israel dispute and reduces Palestinian attempts to establish a homeland as the actions of vengeful extremists.

It is almost as if the authors of the worksheet have reproduced the worst Zionist stereotypes about Palestinians.

The worksheet makes no mention of Zionist terrorism that led to the creation of Israel, the history of the occupation, refugee camps, illegal settlements, the siphoning of Palestinian resources, child detention, torture in prisons, indiscriminate killings at the hands of the military, or periodical bombardments of Gaza.

In a detailed letter sent to the council today IHRC has reminded the council that Palestinian resistance to occupation, including armed struggle, is legitimate and universally recognised and permitted under international law. It also calls on the council to be mindful of its duty to ensure knowledge is disseminated in an honest and measured way.

“In one worksheet you have managed to erase the very real experiences of Palestinians, with the risk of this skewed narrative being passed on to generations after them,” says the letter.

“We expect the worksheet to be retracted fully, a public apology made, and steps taken to rectify the false impression you have given the young children within your constituency of the Palestinian situation. Work must be done to present a more nuanced account of contemporary and historical situations to ensure that your children are able to acknowledge and understand such nuance when they eventually leave school.”

IHRC also calls on North Lanarkshire Council to undertake a thorough investigation into how such material ever came to be drafted and find its way into classrooms.

IHRC’s letter to the council can be seen at: https://ihrc.org.uk/activities/campaigns/11374-complaint-about-anti-palestinian-homework