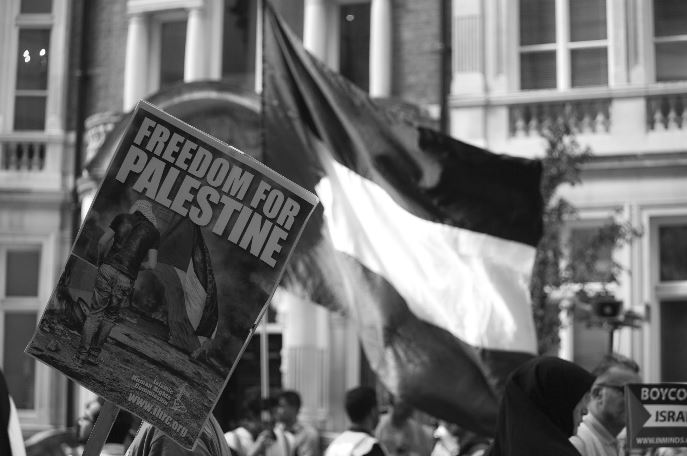 3000 people attended the annual Al Quds demonstration this year making the event a huge success. Demonstrators gathered to ask for freedom and justice for the Palestinians.

Coaches brought people in from across the UK to march through Oxford circus making their way to the American embassy. The crowd’s slogans of freedom for Palestine could be heard by shoppers on Oxford Street.

The event saw speakers from a broad and diverse background come together and address the crowds that had come from across the UK. Speakers included the Palestinian footballer who was imprisoned by the Israelis and then went on hunger strike, Mahmoud Sarsak, John Rees of the Stop the War Coalition and a video message from Sheikh Kadar Adnan in Palestine. The Justice for Palestine Committee was able to conduct a peaceful demonstration like previous years.

Speakers thanked the crowd, and expressed their solidarity with the Palestinian cause. The crowd received messages from the families of Palestinian prisoners of Jordanian citizenship. IHRC reaffirmed its commitment to the boycott Israeli goods campaign and the organisations opposition to security firm G4S that helps maintain Israeli prisons that detain and torture Palestinians,.