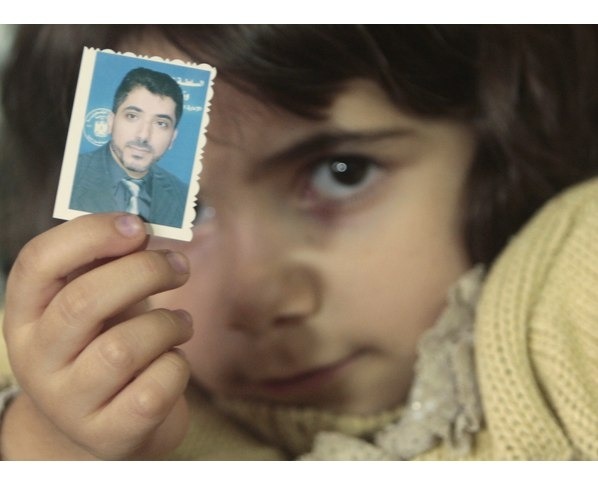 More than a year after assassinating a member of Hamas in Dubai disguised, with the help of forged passports, as the members of various European countries, Israeli security services are busy undermining European sovereignty yet again. As of February 14th 2011, Dirar Abu Sisi has been imprisoned without charge in Ashkelon, Israel. He had been applying for citizenship in Ukraine, having previously worked at an electrical plant in Gaza. The 42 year old engineer was violently apprehended by Ukrainian intelligence officers whilst travelling on a train from the city of Kharkiv to Kiev, and was then presented to Israeli intelligence in the country.

Throughout this ordeal, his family have been kept in the dark concerning his whereabouts, and denied access to him. The Ukrainian authorities have been of little help to Dirar’s wife Veronika, and his brother Yousef, whose attempts to gain information about Dirar’s detention have been repeatedly undermined.

Maksim Butkevych, representative of the UN High Commissioner for Refugees in Ukraine, has confirmed the illegal nature of Dirar Abu Sisi’s rendition, and shares the Abu Sisi family’s concerns about his kidnapping.

Massoud Shadjareh, the chair of IHRC, said:
“Ukraine is bound by international law and regional security agreements to prevent Israel from acting illegally within its territory. The Ukrainian government, along with the Palestinian Authority and OSCE, should launch a full investigation into the extraordinary rendition of Dirar Abu Sisi. Israel must be made aware that it cannot continue violating human-rights both at home and abroad.”