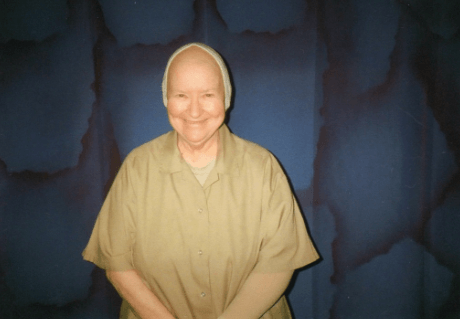 The memory and legacy of Lynne Stewart as a people’s champion who spent her life to defend victims of the abuse of state power will survive her passing and inspire generations of activists in the never-ending quest for social justice.

Stewart passed away yesterday, aged 77, at her home in Brooklyn, New York, where she was born, following a long battle with cancer.

A lifelong activist, she will be best remembered for representing Sheikh Omar Abdel Rehman, the blind Egyptian cleric who was sentenced to life imprisonment in 1995 for allegedly leading a plot to blow up New York City landmarks, including the United Nations.

Like many others Stewart believed that Sheikh Omar had been framed by the US government in order to silence him. Law enforcement officials had planted an agent-provocateur into his circle of followers in order to entrap him into saying things that might be construed as inciting terrorism. The Sheikh himself died in prison just three weeks ago.

Stewart took on the case of Sheikh Omar despite the misgivings of many of her leftist colleagues who believed that as an “Islamic fundamentalist” he had long sought the overthrow of the Egyptian government in favour of a religious, authoritarian state that would quickly crush left-wing dissenters like her.

But she remained true to her principles agreeing to represent him because she believed that he was “being framed because of his political and religious teachings.” She also sympathized with Egyptians seeking to end an oppressive government and saw the Islamic movement as “the only hope for change there.”

It was a relationship that would ultimately land Stewart behind bars herself. In 2005 she was spuriously convicted of passing messages to the Sheikh’s followers and sentenced to prison where she spent eight years before being released on compassionate grounds following a diagnosis of terminal breast cancer.

Stewart had a personal awakening while working as a teacher in an economically deprived neighbourhood. Having led a sheltered early life in an all-white, middle-class neighborhood she had become aware of economic and racial injustices while working at the Harlem public school in the 1960’s. Seeing the poverty around her, she said, she decided to switch to the law.

Stewart also represented other clients demonised by the media, among them a drug dealer, Larry Davis, on charges of trying to murder nine police officers in a Bronx shootout in which he wounded six of them. Stewart argued that Mr. Davis, whom police had been trying to arrest on charges of murdering several fellow drug dealers, had fired in self-defence; he was found guilty only of weapons possession.

Explaining her decision to told The New York Times in 1995, Stewart turned the spotlight on police brutality saying that her client “captured the feelings of the third-world community in the city because here’s a kid, whether you liked what he did or not, he stood up to the police” at a time when “a lot of black people were being assaulted and murdered by the police.”

Even following her release from prison Stewart continued to campaign for social justice in keeping with her message to the judge hearing her petition to be released on compassion grounds in 2013.

In a handwritten letter to the judge she said: “Isolated, in hospital, as I now am, I have time to contemplate life and death. I do not intend to go ‘gently into that good night,’ as Dylan Thomas wrote. There is much to be done in this world. I do know that I do not want to die here in prison — a strange and loveless place. I want to be where all is familiar — in a word, home.”

We at IHRC would like to take this opportunity to pass on our condolences to her family. Her life will remain a shining example of social activism driven by fearlessness in the face of power and an unshakeable commitment to justice.